Designer of NASA's Mars mission cameras will speak at Iowa State on Feb. 10

AMES, Iowa -- Optical scientist Peter Smith, creator of the Mars Pathfinder Imager -- the first camera to return photos of Mars' surface, will speak at Iowa State University on Thursday, Feb. 10. "The Next Phase of Martian Exploration: The Search for Life" will be at 8 p.m. in the Memorial Union Great Hall. It is part of Iowa State's National Affairs Series on Innovation and is the Phi Beta Kappa Lecture. Smith's presentation is free and open to the public.

Smith is a professor at the University of Arizona's Lunar and Planetary Laboratory. He has been a scientist for NASA missions to Venus, Saturn, Titan and Mars since 1978. Principal investigator for the successful Imager for Mars Pathfinder in 1997, which returned images from the alien landscape and monitored the forays of the Sojourner Rover, Smith continues analyzing the 16,600 images collected during the 83-day mission.

Smith was responsible for the $420 million Phoenix Mars Mission, part of NASA's search for elements of life in our solar system. During its five months of operations, the probe conducted science experiments and relayed 25,000 pictures of the Red Planet. Smith also is project manager and co-investigator for the HiRISE (High Resolution Imaging Science Experiment) camera aboard the Mars Reconnaissance Orbiter. The camera can see objects in greater detail than ever before possible and enables the identification of future landing sites and the study of Martian landforms.

Smith is a recent recipient of the American Geographical Society's Cullum Geographical Medal, and is the first Thomas R. Brown Distinguished Chair in Integrative Science at the University of Arizona.

Smith's presentation is cosponsored by the departments of geology and atmospheric sciences and physics and astronomy, LAS Miller Lecture Funds, National Affairs, Phi Beta Kappa and the Committee on Lectures, which is funded by the Government of the Student Body. More information on ISU lectures is available at http://www.lectures.iastate.edu, or by calling 515-294-9935. 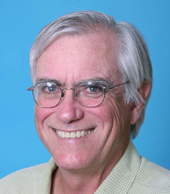 "The Next Phase of Martian Exploration: The Search for Life"