AMES, Iowa -- Environmentalist and award-winning author Rick Bass will discuss the process of writing his latest novel, during a talk at Iowa State University. "From Idea to Novel: A Writer and Activist at Work " will be at 7 p.m. Wednesday, March 9, in the Memorial Union Sun Room. Bass' presentation is free and open to the public. 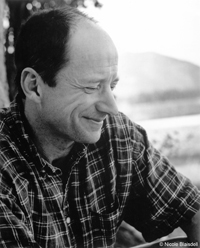 Bass, who is an affiliate faculty member in Iowa State's MFA program in creative writing and environment, is the author of more than 20 books. His works include the autobiographical "Why I Came West" and the short story collection "The Lives of Rocks." His new novel, "Nashville Chrome," draws on the rise and fall of the Brown trio, the true-life country music trailblazers who pioneered the 1950s' sound from which the novel takes its title.

Born in Texas, Bass earned a degree from Utah State University. Working as a gas and oil geologist in Mississippi, his career as an author grew out of a pastime of writing short stories during his lunch breaks. In 1987, Bass moved to the remote Yaak Valley near Troy, Mont., in the northern Rockies. He worked actively to protect Glacier National Park and other wilderness areas from development and logging interests.

Bass has won several awards for his writing, including the O. Henry Award, Pushcart Prize and the PEN/Nelson Algren Award. His 2002 collection, "The Hermit's Story," was a Los Angeles Times Best Book of the Year. Bass' fiction has been anthologized in "Best American Short Stories," and his nonfiction has been included in "Best American Travel Writing" and "Best Spiritual Writing." He is the recipient of grants from the Guggenheim Foundation and the National Endowment for the Arts.

Bass' talk is cosponsored by the MFA Program in Creating Writing and Environment and the Committee on Lectures, which is funded by the Government of the Student Body. More information on ISU lectures is available at http://www.lectures.iastate.edu, or by calling 515-294-9935. 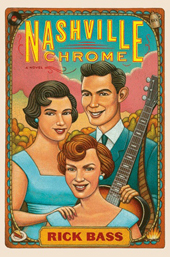 "From Idea to Novel: A Writer and Activist at Work "
Rick Bass
7 p.m. Wednesday, March 9
Memorial Union Sun Room
Free and open to the public