AMES, Iowa -- With fewer than two months before the Iowa Caucuses, a new Iowa State University/Gazette/KCRG poll of 1,256 registered Iowa voters finds Herman Cain leading Republican presidential candidates among likely caucus goers, with Ron Paul second. However, the poll also suggests that voters are waiting to make up their minds. 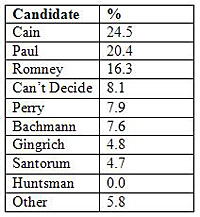 Cain (24.5 percent) is more than four percentage points ahead of Paul (20.4), with Mitt Romney (16.3 percent) being the only other candidate receiving more support than "Can't Decide" (8.1 percent). Cain's lead over Paul is within the poll's margin of error at plus or minus 5 percent.

"Neither Romney nor Cain have spent much time in the state, and yet they're among the top tier," said James McCormick, professor and chair of political science at Iowa State, who is coordinating the poll. "And contrast that with Santorum, who visited all 99 counties; and Bachmann, who repeatedly talks about being born in Iowa and has spent a lot of time here, and they're down in the single digit percentages.

"So it suggests that maybe this time is different and that retail politics -- typically a hallmark of Iowa -- is not the way the caucuses are going to be decided this year," he continued. 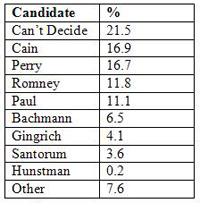 ISU pollsters also asked respondents for their second choice. While "Can't Decide" (21.5 percent) was the most frequent answer, Cain, Perry, Romney and Paul all had more than 10 percent support, with Bachmann receiving a little more than six percent.

The poll was compiled through phone interviews conducted between Nov. 1 and 13, and surveyed 979 registered Republicans and 277 registered independents. Of those polled, 377 (30.0 percent) stated that they definitely or probably would attend the Republican caucus on Tuesday, Jan. 3.

The new poll presents a slightly different view of the race than other recent polls of Iowa voters. In particular, it suggests that Cain has maintained his lead in the state, despite recent allegations of sexual harassment.

"Because the phone interviewing was done at the time of the sexual harassment allegations against Herman Cain, the maintenance of his support seems quite remarkable," McCormick said. "But Romney also continues to do well despite limited campaigning in Iowa. On the other hand, Bachmann and Santorum have seemingly not caught on with Iowa voters."

"My take away from these results is that voters are still really unsure of whom they will support. Over half of the people are still trying to decide, and another third are merely leaning toward a candidate. When asked, people will express a preference for one candidate, but that they will also admit that this is a weak attitude. This is anyone's race at this point," added Dave Peterson, interim director of the Harkin Institute of Public Policy at Iowa State and associate professor of political science, who also assisted with the poll.

Most of the candidates have a small gender gap among their supporters. Cain, most notably, does much better among women than men, as do Perry and Gingrich. Paul and Bachmann do better with men than with women. Among undecided voters, men are around 2 percent more likely to not express a preference than women.

Cain has strong support across all income levels. He does particularly well among the wealthiest likely caucus goers -- getting more than 38 percent of the support from those who make more than $100,000 a year. Among the least well off, Paul leads at around 41 percent. Cain and Romney fare worse than average among that group. The wealthiest voters do have the highest level of undecideds.

There are sizable differences in the level of candidate support based on voters' religious beliefs. In the poll, respondents are broken into four categories: Catholics (16.0 percent of likely caucus goers), Born Again Protestants (47.5), Protestants who do not describe themselves as Born Again (20.9), and those who report no religious preference or secular (11 percent). Cain leads three of these categories, every group except the secular voters. Among those who report no religious preference, Paul is winning a majority at nearly 59 percent.

Romney is the only candidate who shows a clear pattern across voters levels of education. Romney's level of support increases consistently as the education of the respondent increases. In fact, he leads among likely caucus goers who have some post-graduate education (15 percent of the sample). By contrast, Cain and Paul's support is highest in those groups with either some college or a college degree. 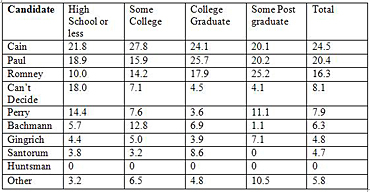 "The education and income results show that Romney's support is coming from where we expect it to," Peterson said. "He does best among the best-educated and wealthiest voters. Cain, in contrast, seems to have a surprising broad appeal. He does consistently well among all groups."

The Tea Party will have a strong effect on the caucuses. More than a quarter of the likely Caucus attendees (26.1 percent) identify themselves as a member of the Tea Party movement. Bachmann, Perry and Santorum all receive less than 10 percent of the support of the Tea Party and do worse among the likely caucus goers who do not identify with the Tea Party. Romney and Paul, by contrast, do much better among those who are not Tea Party members than those who are. Cain and Gingrich do roughly similar in both groups. Cain's support is higher among Tea Party members, but he is a close second behind Paul among those who do not identify with the movement -- although the difference is inside the margin of error.

The Iowa State University/Gazette/KCRG Poll is supported by ISU's Department of Political Science, the Department of Statistics, the College of Liberal Arts and Sciences, the Carrie Chapman Catt Center for Women and Politics, the Office of Vice President for Research and Economic Development, and the Office of the Vice President for Student Affairs; as well as The Gazette and KCRG-TV9 in Cedar Rapids. 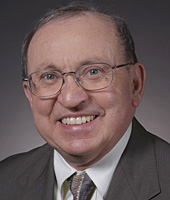 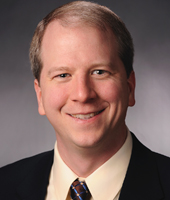 "It suggests that maybe this time is different and that retail politics -- typically a hallmark of Iowa -- is not the way the caucuses are going to be decided this year."