AMES, Iowa -- Iowa State University occupational medicine staff began administering flu vaccine on campus last week and similar practices are taking place across the country as the nation prepares for the flu season. And ISU kinesiology researchers are studying the link between exercise and flu shots and the impact on immunity.

The researchers earlier conducted a pilot study of 16 college students, which found that subjects who rode a stationary bicycle for 90 minutes shortly after receiving their H1N1 flu vaccine had nearly doubled the antibody response to the vaccine as compared to subjects who had remained sedentary for the same 90-minute period. The researchers presented their findings at the American Association of Immunology (Autumn Immunology) Conference last November.

They now plan to test some 50 older subjects in the coming weeks as they receive their flu shots.

Kohut says that in the process of gathering data from the older subjects, the researchers also plan to study the immune response in obese adults. Previous work in the Kohut lab found that obese individuals have a poorer immune response to the flu vaccine.

"And so the question is, can we 'rescue' their immune response through exercise?" she asked.

Research on human subjects is the ISU team's follow-up to an earlier study they conducted on mice infected with the flu virus. It found that mice that regularly ran on a treadmill during a three-and-a-half month period developed less severe symptoms from the flu virus than those that were not subjected to exercise, and had less influenza virus in their lungs. The study was published in the Nov. 1, 2009 issue of the Journal of Infectious Diseases.

The researchers plan to replicate their earlier pilot study in the older subjects, but will require only 45 minutes of exercise in half of the subjects (compared to 90 minutes to the college-aged subjects). The other half will be asked to remain sedentary.

Kohut hopes this study may provide older adults evidence of a relatively easy way to boost their protection from the flu.

"In older adults, it's hard to give you an exact percentage of flu vaccine efficacy because it varies by year [and strain of seasonal flu], but the range is somewhere between 30 to 70 percent efficacy [from flu vaccinations]. And in younger adults, it's about 65 to 90 percent," she said. "So if flu vaccine efficacy is only 30 percent in a particular year, just getting the vaccine may not be enough to completely protect older adults from infection. If this [one-time exercise] is a simple way to double antibody response, it could really provide greater protection from infection."

The value of long-term exercise

The ISU team also previously looked at long-term exercise and found that with moderate exercise -- three times a week for a year -- there was also a better antibody response. But Kohut says the exercise effect was more pronounced six months after immunization.

"The peak antibody response wasn't that much higher in exercised individuals, but antibody response did not decline as rapidly in exercising adults," she said. "So, if there was a flu outbreak in April, and you received your flu shot in early October or late September, those who exercised might be better protected at that point than those who didn't.

"But since getting people to exercise regularly is such a struggle, going for a walk or doing modest exercise after your flu shot -- just once -- might be a more effective measure to boost protection," Kohut continued.

The researchers plan to publish their study in a professional journal. Kohut says the results will also be included as preliminary data for a grant proposal they'll be submitting to the National Institutes of Health to conduct a larger, multi-site study. 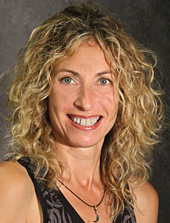 Iowa State kinesiology researchers are studying the link between exercise and flu shots and the impact on immunity. Marian Kohut, an ISU professor of kinesiology; Justus Hallam, an ISU kinesiology Ph.D. student; and Molly Slattery, a senior kinesiology undergraduate from Calmus, Iowa, are working with subjects age 62 and older to test whether exercise will boost their bodies' immune responses following flu shots. They found that it did in an early pilot study of ISU students.