Social justice educator will speak about her work with Mother Teresa Sept. 22 at ISU

AMES, Iowa -- Mary Poplin, who worked with Mother Teresa in 1996, will present the Veritas Forum at Iowa State University. Her talk, "Radical Marxist, Radical Feminist, Radical Love: What Mother Teresa Taught Me about Social Justice," will be at 7 p.m. Thursday, Sept. 22 in Stephens Auditorium. It is free and open to the public.

Poplin is a professor of education at Claremont Graduate University, where she has served as director of the master's program in teacher education and dean of the School of Educational Studies. She developed and directs the Institute for Education in Transformation, which advances justice and accountability in the schools through relevant research and practice. Poplin hosted a summit on accountability and social justice to help define the major principles inherent in accountability systems found effective in closing the achievement gap between rich and poor, and between racial and ethnic groups in the U.S.

Poplin worked for two months with Mother Teresa in Calcutta to understand why her Missionaries of Charity describe their ministry to the poor as religious work rather than social work. She later published the book, "Finding Calcutta," about her experience.

The Veritas Forums (www.veritas.org) are university events that engage students and faculty in discussion of life's hardest questions. They originated at Harvard University, but have spread to universities throughout the United States and Europe.

The talk is cosponsored by Areopagus, Catholic Student Community, Chi Alpha, Christian Educators Network, Christian Faculty and Staff Association, Cru@ISU, InterVarsity Graduate and Faculty Ministries, SALT Company, The River, The Rock and the Committee on Lectures, which is funded by the Government of the Student Body.

Additional information about Poplin's Ames events is available at http://www.lectures.iastate.edu/lecture/24929. 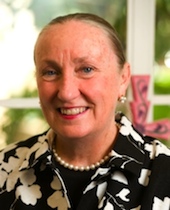