AMES, Iowa -- Two finalists for the presidency of Iowa State University have been announced by the presidential search committee.

"We're very pleased to have these two accomplished finalists seeking the presidency of Iowa State," Hira said. "The search committee found them to be outstanding candidates with great enthusiasm for Iowa State and its future. We look forward to their campus visits this week."

Steven Leath
Leath has been vice president for research and sponsored programs for the University of North Carolina system since 2007. He's also interim vice president for academic planning. At North Carolina State, he held several positions, including associate dean of the College of Agriculture and Life Sciences and director of the NC Agricultural Research Service. He also was a research leader and plant pathologist with the U.S. Department of Agriculture's Agricultural Research Service; and extension plant pathologist at University of Illinois, Urbana.

Subbaswamy implemented a "War on Attrition" program at Kentucky that resulted in a 6 percent boost in first-year retention over three years. He is a fellow of the American Physical Society (condensed matter physics).

More information about the search and the finalists is available on the Presidential Search website.

Subbaswamy will be on campus Sept. 21-23, and Leath, Sept. 22-24. Each finalist will meet with university constituencies and participate in an open forum.

The one-hour open forums will include a presentation by the finalist, followed by a question-and-answer period. Following is the forum schedule:

"We hope many Iowa State students, faculty and staff, as well as members of the public, will attend the forums and provide comments on the finalists," said Roger Underwood, search committee co-chair, ISU alumnus and self-employed businessman. "We look forward to hearing from the community and getting as much input as we can on this important decision."

Commenters should provide their candidate evaluations by 9 a.m., Monday, Sept. 26. An online comment form will be available soon on the Presidential Search site.

Those who cannot attend the open forums will have an opportunity to view them on video later. After the last forum on Sept. 23, video of both forums will be released on the Presidential Search site.

After the campus visits, the search committee will complete its task, providing written evaluations of the finalists to the Iowa Board of Regents, who will select Iowa State's next president.

The 18-member search committee, led by co-chairs Hira and Underwood, has been at work since late June.

Current Iowa State President Gregory Geoffroy announced last March that he intends to leave his post no later than July 31, 2012. 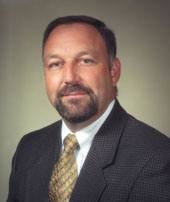 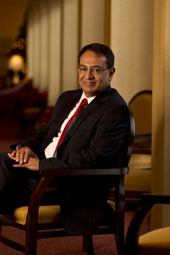