Mack passed away in her sleep at home in Des Moines early this morning. She was 59.

A 26-year veteran of the Iowa State faculty, Mack was scheduled to retire in December. She was teaching four classes this semester. Greenlee School of Journalism Professor and Director Michael Bugeja said he would attend each of those classes this Friday with a grief counselor.

Mack, associate professor and assistant director of Iowa State’s Greenlee School, joined the faculty in 1986. From 1991 to 1993, she also served as executive assistant to then-ISU President Martin Jischke. Previously, she served as general counsel for the Des Moines Register and Tribune Co.

“The thing about Barbara was her deep caring and counsel to students. That’s why she was so beloved,” Bugeja said. “Barbara had a magical combination of tough love and compassion, sometimes expressed in the same sentence. She was an inspiration to all of us. She was a zealous journalist who reminded us that we have a noble profession: upholding rights. She inspired not only journalists, but also her many students who became lawyers. She loved students. They were her whole life in so many ways.”

Mack received the Award for Superior Service to Alumni from the Iowa State University Alumni Association in 2011, and Faculty Member of the Year from ISU’s Greek community in 2010.

Information about memorial services will be posted as it becomes available.

Those wishing to share messages with Mack’s family and colleagues may send them to the Greenlee School of Journalism at webteam@jlmc.iastate.edu. 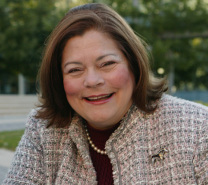