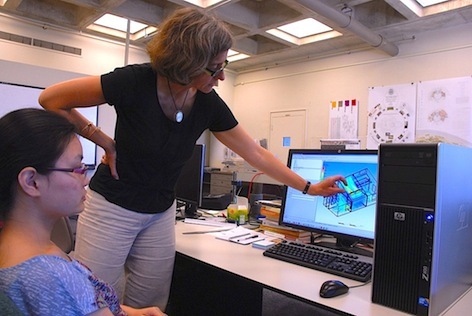 AMES, Iowa — Buildings account for about 40 percent of all U.S. energy consumption and greenhouse gas emissions. In the move toward renewable energy and green building technologies, considerable effort has gone into developing standards for energy-efficient materials, processes and systems, while little has been done to measure how well buildings actually perform once they’re in use.

An Iowa State University architecture professor hopes her work with a five-year, $20 million National Science Foundation project will lead to better understanding of building energy-performance data to determine whether systems perform as expected, as well as what strategies work best in Iowa’s climate.

“So much energy can be saved just by reducing consumption by making buildings more efficient through design. It’s really low-hanging fruit. But you need to evaluate actual performance to know if the predicted benefits are realized,” said Ulrike Passe, assistant professor of architecture in the College of Design and director of the Center for Building Energy Research.

Passe is part of a multidisciplinary project to build Iowa’s research capacity in renewable energy and energy efficiency. With funding from the NSF Experimental Program to Stimulate Competitive Research and the Iowa Power Fund, teams from Iowa State, the University of Iowa and the University of Northern Iowa are addressing four major research platforms: bioenergy, wind energy, energy utilization and energy policy.

Passe heads the building science “plank” of the energy utilization platform, which seeks to make buildings more energy efficient through zero-energy new construction and retrofits. This group is studying the relationship between building science, design and human behavior in existing structures in Iowa.

A second “plank,” led by faculty at UNI, looks at the impact of human behavior on building energy consumption. They are evaluating changes in energy-conservation knowledge, attitudes and behaviors in response to “community interventions” including household energy audits and incentives.

The building science group—which now consists of Passe’s team and a team at the University of Iowa, with one to be added from UNI in year three—is using existing structures as community laboratories to investigate energy utilization. Structures include middle and high school buildings around Iowa and the Interlock House, a freestanding, solar-powered dwelling constructed by Iowa State students and faculty for the 2009 U.S. Department of Energy Solar Decathlon competition. 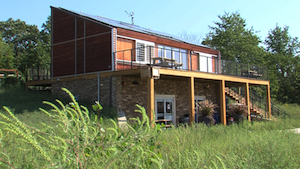 Used as a nature center at Honey Creek Resort State Park, ISU's Interlock House is part of a study on building energy performance.

Passe’s team, which includes architecture postdoctoral research associate Shan He and undergraduate research assistant Nicholas Hulstrom, is using the facility to provide baseline performance data for research into the adaptation of solar thermal, passive solar design and natural ventilation suitable to retrofit residential structures in Iowa.Passe also led the effort to build the house, which incorporates state-of-the-art technologies intended to produce as much energy as it uses. The Iowa Department of Natural Resources operates the building as an interpretive nature activity center with staff offices at Honey Creek Resort State Park in south-central Iowa.

“We want to see what works for the Iowa climate that is affordable and can also be implemented into guidelines to retrofit buildings with both solar and passive methods,” Passe said. “The main focus is to expand the use of solar thermal energy from winter, when it is normally used, to summer for cooling, and to develop control strategies for natural ventilation in warm and humid climates.”

The Interlock House has a roof-mounted solar photovoltaic system that produces electricity and an indoor sun space that collects thermal energy. An evacuated tube solar collector supplies domestic hot water and under-floor radiant heating, and recharges the desiccant dehumidification system (which is being studied in a separate facility) during the summer. Specialized insulation, innovative daylighting and other strategies also contribute to energy efficiency.

When the house was built, “calculated predictions were all we had about energy performance and potential savings,” Passe said, “but not all system interactions can be accounted for in calculations.”

Last year, the team outfitted the house with an extensive system of sensors to monitor indoor temperature and humidity, electricity consumption, and electrical and thermal energy production.

Using a workstation with a high-performance computer housed in the ISU College of Design, the team runs energy models and computational fluid dynamics  simulations of air convection and radiation. After calibrating the data-acquisition system, they’re now using comfort and energy performance data collected under real climate conditions to validate those environmental simulation models.

“In the long run, we will validate real measurements versus modeling of the whole house to determine how the occupants interact with active and passive systems and if the design predictions can be verified and improved,” Passe said.

It’s a progressive—and as yet largely unstudied—way to approach architecture, she said.

“It’s most surprising how complex buildings are. They are one of the most complex systems mankind has ever invented, and there is so little study of them as a physical entity, once they are occupied,” Passe said.

“Do buildings perform as predicted? How do designers develop the tools to create buildings that match energy consumption expectations as energy costs rise and building code requirements increase?

Passe is excited by the opportunity to connect with colleagues working on the human behavior side of the project, to learn what design and behavior together can do to reduce energy consumption.

“Their work connects what we’re doing with the solar house to the larger community by studying how people interact with their environment and what influences their decisions about energy use,” she said.

As Passe and her team move into the second year of the project, they will develop an online public interface to make their data available as an educational tool, both at Iowa State and throughout Iowa. Passe already has been approached by Iowa high school science teachers eager to use the data in their classrooms.

“This project is a unique opportunity to highlight the importance of design in optimizing energy utilization," Passe said. “We can help inform what policy changes must be made to implement energy-efficient construction and renewable energy in Iowa.”

Architecture Assistant Professor Ulrike Passe hopes her work with a five-year, $20 million National Science Foundation project leads to better understanding of building energy-performance data to determine whether systems perform as expected, and which strategies work best in Iowa’s climate. She leads a group of ISU researchers who are measuring energy use in existing buildings and looking at the relationship between building science, design and human behavior. 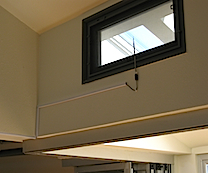 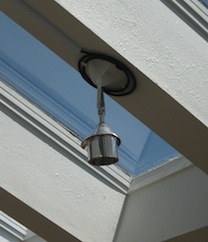 “So much energy can be saved just by reducing consumption by making buildings more efficient through design. It’s really low-hanging fruit. But you need to evaluate actual performance to know if the predicted benefits are realized.”

Ulrike Passe, assistant professor of architecture and director of the Center for Building Energy Research