AMES, Iowa -- Paul Wapner, an author and expert on global environmental politics and activism, will speak at Iowa State University.

"Environmentalism Without Nature" will be at 8 p.m., Wednesday, Oct.3, in the Memorial Union Sun Room. Wapner is the 2012-13 Helen LeBaron Hilton Endowed Chair in Human Sciences. His presentation is free and open to the public.

A professor of global environmental politics in the School of International Service at American University, Wapner is the author of "Living Through the End of Nature: The Future of American Environmentalism" (2010). 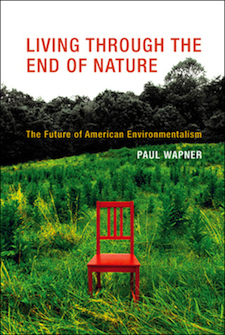 As Hilton Chair, Wapner also will present a public lecture on climate justice and environmental displacement at Iowa State in February 2013. While on campus, he will interact with students and faculty, discussing environmental issues and interdisciplinary solutions.

“Scholars are increasingly recognizing that how we hold events, design garments, host patrons, think about nutrition, and understand the family and human development have tremendous impact on our ability to live sustainably,” Wapner said.

“I see my time at ISU as a wonderful opportunity to learn together about the depth of environmental challenges, and the ways various disciplines wrestle with meaningful ways of responding.”

Wapner's 1997 book, "Environmental Activism and World Civic Politics" won the Harold and Margaret Sprout Award for best book on international environmental affairs. He was editor of "Principled World Politics: The Challenge of Normative International Relations" in 2000.

Wapner also is a faculty member at the Contemplative Environmental Studies Summer Institute at American University, where he researches and teaches global environmental politics, social movements, environmental thought and international relations theory. He holds graduate degrees from Princeton University and the University of Chicago.

Established in 1995, the Hilton Chair was endowed by a gift of more than $1.3 million from the estate of Helen LeBaron Hilton, who served as dean of Iowa State's College of Home Economics from 1952-75. That college is now part of the College of Human Sciences.

Wapner's presentation is cosponsored by the College of Human Sciences, the Helen LeBaron Hilton Endowed Chair and the Committee on Lectures, which is funded by the Government of the Student Body. More information on ISU lectures is available online at http://www.lectures.iastate.edu, or by calling 515-294-9935. 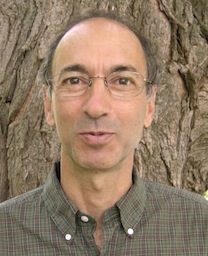