AMES, Iowa -- An attorney who has argued 25 cases before the Supreme Court in the past 13 years, and is founder and publisher of SCOTUSblog -- a premier Internet site about the law and legal system -- will present Iowa State University's Constitution Day Lecture.

Thomas Goldstein will present "How Has the Supreme Court Reshaped American Law?" at 8 p.m. Thursday, Oct. 18, in the Memorial Union Sun Room. His talk, which is part of the National Affairs Series, is free and open to the public.

Goldstein is with the firm Goldstein and Russell, and teaches Supreme Court litigation at both Stanford and Harvard law schools. His arguments before the Supreme Court have included matters involving federal patent law, class action practice, labor and employment, and disability law. Most recently, he argued before the Supreme Court that county jail officials should use discretion in conducting strip searches on prisoners arrested for nonviolent offenses.

Repeatedly recognized as a leading member of the bar, Goldstein was named one of the 40 most influential lawyers of the decade by The National Law Journal in 2010. Legal Times named him one of the "90 Greatest Washington Lawyers of the Last 30 Years" for "transforming the practice" of law before the Supreme Court. And GQ Magazine named Goldstein one of the 50 most powerful people in Washington, D.C.

Goldstein is an elected Fellow of the American Academy of Appellate Lawyers. Active in the American Bar Association, he has authored several Supreme Court amicus briefs. He also serves on the boards of advisors of the Washington Legal Foundation and the Georgetown University Supreme Court Institute.

The Constitution Day Lecture is cosponsored by the National Affairs Series and the University Committee on Lectures, which is funded by the Government of the Student Body. More information on ISU lectures is available online or by calling 515-294-9935. 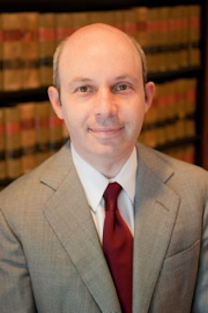 "How Has the Supreme Court Reshaped American Law?"

Part of the National Affairs Series