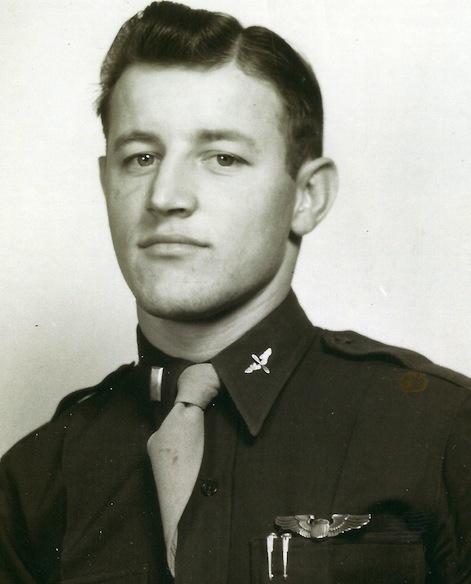 AMES, Iowa -- An observance at Iowa State University will honor two former students who served and died in military service during World War II. Although their names were previously engraved on the walls of the Gold Star Hall — the war memorial in the university's Memorial Union — their lives will be remembered at a ceremony at Iowa State, Monday, Nov. 12.

One was a pilot from Hill City, Don Beerbower, who died while bombing German airfields in France. 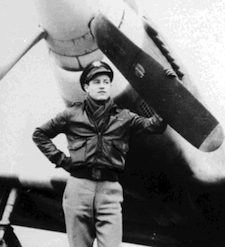 The youngest of three children, Beerbower was born Aug. 26, 1921, in Kenaston, Saskatchewan. Shortly before his birth, Beerbower's parents had moved to a wheat farm near there there from Iowa. But drought caused the family to move again — this time to Wadena, Minn. Beerbower grew up nearby in Hill City.

Beerbower helped with farm chores and drove the creamery truck on delivery routes. He was active in church, served as a batboy for the high school baseball team, and was a dedicated Boy Scout and Eagle Scout. In high school, he was class president, played baseball and basketball, competed in speech contests, acted in the class play and received the American Legion Citizenship Award.

College at the time of war

After graduation in 1939, Beerbower went to work for his father. He spent as much time as possible with childhood sweetheart Elayne Kutcher.

The family planned for Beerbower to take over the creamery business. In preparation, he enrolled in a two-year creamery operation course at Iowa State College. He started school in the fall of 1940 — just as the U.S. government instituted the draft at the start of World War II.

In Ames, he became close friends with Glenn McKean, another Iowa State student studying creamery operations. In addition to their similar backgrounds, the two shared a mutual interest in becoming military pilots.

At Christmas, Beerbower and Kutcher announced their engagement. While continuing dairy classes in 1941, he took the Army's air cadet program exam. On Jan. 24, 1942, Beerbower and McKean took the oath of enlistment.

In February, they reported to Higley Field, Ariz. After completing a four-week course in preflight training, they reported to the Air Force Training Detachment in Glendale, Ariz., for Primary Flying School. Although 42 percent of the class failed to complete training, Beerbower and McKean passed. They were sent to Basic Flying School at Minter Field, Bakersfield, Calif., on May 28.  Sadly, on June 9, McKean was killed in a flight training accident.

On Sept. 29, 1942, at Luke Air Force Base, Arizona, Beerbower received his wings and was commissioned a second lieutenant. That afternoon, he and Kutcher married.

The following May, Elayne Beerbower gave birth to premature twins. Dawn Marie died shortly after birth. Bonnie Lea survived and remained in the hospital for several weeks. Beerbower's Army Air Corps plane bore the name of the daughter he adored: "Bonnie B." 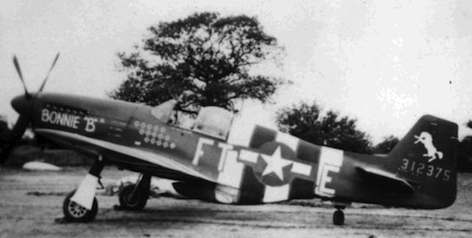 On Oct. 21, 1943, Beerbower left for England where he was assigned to the 353 Fighter Squadron, part of the 354 Fighter Group of the 9th Air Force. He was assigned a brand-new P51B Mustang. It was an agile, well-armed machine rated at 1,520 horsepower — truly a “pilot’s dream."

Due to his excellent shooting skills, Beerbower lead the 9th Air Force in victories. He had learned marksmanship at an early age, hunting duck, grouse and deer in the brush land around Hill City. Aiming and firing at a moving target from a moving airplane was far more difficult, but he excelled at it.

Read about the other Gold Star honoree Allan James Ewoldt.

A fighter pilot who has brought down five or more enemy aircraft was called a flying ace. From December 1943 to Aug. 9, 1944, Beerbower became a triple ace, shooting down more than 15 German planes, making him the second highest ace in the 9th Air Force.

Due to pilot losses and Beerbower's own advancements based on flying and leadership skills, Beerbower was promoted to major and made squadron commander in June 1944 — less than nine months after his arrival in Europe. At only 22 years old, he already was a great fighter pilot, respected and liked by the men in his squadron.

A fellow squad member said: “We always felt like he was a good leader. We knew that he planned a mission to maximize results and minimize loss. We knew he was not interested in taking credit himself. He was always giving credit to the other pilots, but not grandiosely. He was a guy everyone believed in and liked to follow. Some people you just like to follow because you have confidence in them. It was a comfortable place to be with Don.”

In July 1944, Beerbower received his first Silver Star medal. The third-highest military decoration for valor in the U.S. Armed Forces, it is awarded for gallantry in action against an enemy of the United States.

On Aug. 9, 1944, Beerbower led his flight on a daring maneuver to destroy a German airfield near Reims, France. It was a dangerous mission: The field was well protected with anti-aircraft, and there was no element of surprise. On a first pass, enemy aircraft were hit on the ground. By the time the fighters formed for a second pass, the airfield’s defenders were prepared. Beerbower demolished one gun emplacement and aimed for a second. His plane was hit, damaging a wing. Squad mates watched the plane become disabled and observed that Beerbower was hit. The Bonnie B plunged to the ground. Beerbower did not survive.

Brig. Gen. James Howard spoke these words: “Beerbower was one of the finest. He was quiet, athletic and absolutely fearless … We were deeply saddened by his loss … I considered him the greatest fighter pilot in the European theater. I’m sure that if it hadn’t been for his untimely death, he would have gone on to be America’s top ace.” 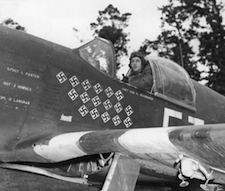 Gen. Felix Michael Rogers stated: “He died as he lived setting a thrusting example for the rest of us. I’ve carried that example with me always.”

Albert Feigen, squadron historian, said, “As long as any one of us remains, the name and the character and the heroism of Don Beerbower will be remembered.”

On December 11, 1944, Beerbower was awarded two medals posthumously for his brief time in Europe: He received a second Silver Star for “outstanding heroism and devotion to duty, reflecting the highest credit upon himself and the Armed Forces of the United States.”

And Beerbower was awarded the second highest medal in the Army Air Forces — the Distinguished Service Cross — second only to the Medal of Honor. The award citation stated: “… Maj. Beerbower made an experimental pass at the field destroying an enemy plane and a gun emplacement. Then, while his squadron swept over the field from one direction, he fearlessly attacked from another quarter, boldly exposing himself to concentrated fire from all sides of the field but effectively screening his comrades from the intense ground fire. Maj. Beerbower’s airplane was struck repeatedly and crashed into the ground. The outstanding heroism and devotion to duty displayed by Maj. Beerbower on this occasion reflects the highest credit upon himself and the Armed Forces of the United States.”

About the Gold Star Hall Ceremony

There's a reason Iowa State University's student union is named the "Memorial" Union. Iowa State's Memorial Union was created in 1928 as a memorial to Iowa Staters who died in World War I. Their names are engraved in the walls of the union's Gold Star Hall -- the stained glass and column-adorned spatial expression of the memorial.

Decades after the building opened, more fallen, former Iowa State students became known, and their names were added to the wall. The memorial tribute for fallen soldiers continues this year. Two former Iowa State students who died while on active duty in the U.S. Armed Services will be honored during the annual Gold Star Hall observance. The ceremony will be at 3:15 p.m. Monday, Nov. 12, in the Memorial Union Great Hall. It is free and open to the public.

During the ceremony, each soldier's life will be remembered through personal stories and photos. These were compiled this year by Kathy Svec, ceremony coordinator and retired ISU Memorial Union marketing director; and Larry Huisman, retired Memorial Union finance director. They used biographies and materials provided by the families, as well as online resources. From those records and family remembrances, each soldier's life story is pieced together. 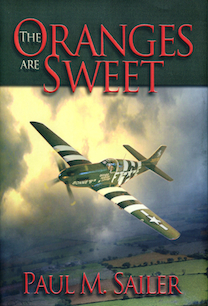 Paul Sailor, Wadena, Minn., had read an article in Iowa State's alumni magazine about the Gold Star ceremony, Svec said. Sailor wrote "Oranges are Sweet," a book about Beerbower and the men who served with him in the 353rd Fighter Squadron.

"The article included a request for folks to contact us with the stories of their relatives who attended ISU and died in combat, " she said. "Sailor wrote a letter to the editor that outlined Beerbower's life and heroism, explaining that his father had grown up with Beerbower. Sailor's experience as an Army helicopter pilot in Vietnam and interest in history lead him to write the book."

As a result of Sailor's contact with Iowa State, the university chose Beerbower as an honoree in this year's ceremony.

"There's some urgency for us to tell the stories of World War II honorees while we can learn first hand from their service buddies and families," she said. "It's very cool when you get family members who had an extensive interest in their relatives who served."

In addition to the soldiers' stories, the Gold Star ceremony will include an Army ROTC color guard and brief remarks by university and military representatives.