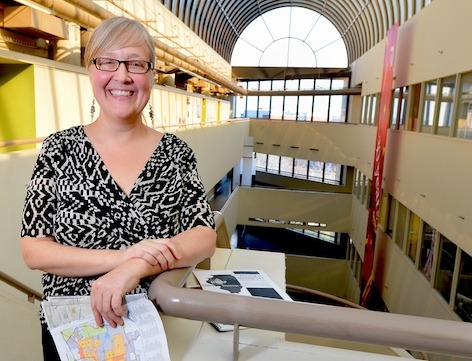 Headed by Assistant Professor Jane Rongerude, the team is developing a tool to create a comprehensive, accurate inventory of low-income housing. They also are looking at barriers that prevent low-income households from accessing existing housing they can afford. The research is funded by a $68,183 grant from the Polk County Housing Trust Fund.

The Midwest, and Iowa in particular, is generally considered to be an affordable place to live due to relatively high incomes and low living costs, Rongerude said. Even so, Polk County has its share of low-income households. And because housing tends to eat up a large portion of their budgets, their homes are more likely to be substandard or overcrowded.

"Assessing the magnitude of the need is a challenge for organizations that provide affordable housing and must decide how best to direct resources," Rongerude said.

"Our goal is to provide local policymakers and nonprofits with research that assesses the conditions or status of affordable housing in their region," Rongerude said. "We want to provide them with data that can help them decide how to use their resources going forward."

Housing needs assessments attempt to tally the number of households by their relative ability to pay for housing against the supply of housing units matching their ability to pay the rent or mortgage.

Rongerude said accurate needs assessments depend on precise measures of household income and expenses (including the travel cost to and from work), and an exact, up-to-date inventory of housing stock and cost. That's what the Iowa State researchers intend to develop for Polk County.

Specifically, the team will look at the following.

"The model we're putting together will take into account where the jobs are, where the housing is, where the poverty is and where people have access to transportation," she said.

"For example, there are 2,000 households on the city's waiting list for Section 8 housing," Rongerude said. "We want to help the city understand the housing needs of those folks — why they need subsidized housing and what they're doing while waiting (which could take years)."

The researchers also are comparing potential sources of data to use for the study (such as the U.S. Census, assessor's data, local government information, realtors, etc.), and will begin to collect their datasets for analysis.

Early next year, they will talk to people on the waiting list, evaluate recent fair housing cases, and consider how the services offered by the county’s various affordable housing providers fit or do not fit together to meet existing needs.

"We'll start to talk to people to understand their personal barriers and experiences related to attaining affordable housing," she said.

They also will plug their findings into their model and get some preliminary results.

"We had one surprising early finding from our mapping," Rongerude said. "The neighborhood with the highest ratio of housing cost to income is in the northeast part of the city. It's not normally thought of as having affordable housing needs."

During summer and fall 2013, the researchers will conduct field testing in at least three Des Moines neighborhoods.

Other members of the team are community and regional planning faculty members Doug Johnston, professor and interim chair; and Jianping Zhou and Carlton Basmajian, both assistant professors. The study will conclude in March 2014.

Community and regional planning faculty are studying Polk County's supply of affordable, low-income housing to determine if it matches existing need. The team is developing a tool to create a comprehensive, accurate inventory of low-income housing. And they're looking at barriers that prevent low-income households from accessing existing housing they can afford. Assistant Professor Jane Rongerude leads the research, which is funded by a grant from the Polk County Housing Trust Fund.

"The model we're putting together will take into account where the jobs are, where the housing is, where the poverty is and where people have access to transportation."