There is little doubt in Craig Anderson’s mind that if the photographer, who snapped the controversial New York Post picture, was the only person there at that moment, the photo would not exist.

“If he was the only one on that [subway] platform, he would have certainly dropped the camera and gone to pull the guy off the tracks,” said Anderson, Distinguished Professor of psychology at Iowa State University.

Instead, freelance photographer R. Umar Abbasi captured the final moments before 58-year-old Ki-Suck Han was hit and killed by an approaching train. Han had been thrown onto the tracks by another man.

Abbasi’s reaction, as well as the reaction of others who were there waiting for the train, is not surprising to Anderson. He said that’s because people will look to others in a crowd to determine how to react.

“People take their cues on how to define a situation from other people,” said Anderson. “It turns out that you’re more likely to get people to view this as an emergency situation when there’s only one person around than when there are many.”

Even if someone recognizes the situation as an emergency, someone must step up to take action. Anderson said in a crowd people are less likely to take that responsibility.

“The thought is that someone else either should be taking care of this or someone else already has,” said Anderson. “It’s not my role to be the hero, to risk my life to save someone else. This is not necessarily a conscious reasoning process, but something that can happen so quickly and automatically that we call it a decision but it’s not really a decision.”

There are other factors that also determine whether a bystander will intervene in any kind of emergency situation. Anderson said the bystander effect was first demonstrated by researchers Bibb Latané and John Darley in the 1970s.  First, the bystander must notice that something is happening.

“If they’re on their cell phone or something, it doesn’t really register. They don’t really see it and that’s just part of our normal limited attention capabilities. And when our attention is directed one place we’re much less likely to notice anything else,” said Anderson.

As bizarre as it might sound, Anderson said there were likely people in that subway station who didn’t even realize there was a problem.

“It’s almost certainly the case that some of the people there on the platform really didn’t notice what was happening, even if they were standing there with their eyes kind of in that direction. They may not have really seen what was going on or at least not until it was too late,” said Anderson.

Once there is that recognition, a bystander must identify that it is truly an emergency and then take the responsibility to provide help. In this most recent case, Anderson said there may not have been enough time for someone to help. But it is also not uncommon for people in an emergency to feel they are not qualified or they are afraid to assist in the situation.

“A lot of things essentially have to go right in order to get the kind of bystander intervention that’s needed, especially in a fast-paced emergency,” said Anderson. “In this case, if the photographer had been the only bystander, he would have likely noticed the event, decided quickly that it was an emergency, felt responsibility for taking action and then gone to the edge of the platform to try to help the man get out of the way of the train.”

A New York Post photo of a man just moments from his death has generated a lot of debate. Craig Anderson, Distinguished Professor of psychology at Iowa State University, explains why the photographer and other bystanders did not try to offer help to a man thrown onto the tracks of the New York City subway. 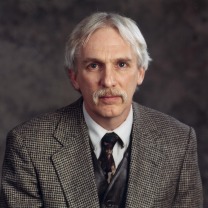