AMES, Iowa - Iowa State's beautiful spring campus backdrop is ready. Student organizers of the university's annual festival are ready. And April 16-22, the Iowa State community will be ready to celebrate the 90-year tradition that is Veishea. Here's a sample of what's in store:

Canoe races on Lake LaVerne, recreation tournaments (including some new contests), the "Veishea Says I'm Funny" student comedy competition and the Cyclone Idol talent search will be back.

This year's "Stars Over Veishea" production, presented by ISU Theatre, Veishea and the Department of Music, is "Rent." The story focuses on a group of young artists and musicians, struggling to create and survive under the shadow of HIV/AIDS. The smash musical enjoyed a 12-year run on Broadway, and in 1996 received a Pulitzer Prize and the Tony Award for Best Musical. Intended for mature audiences, performances begin at 7:30 p.m. on April 13-14 and 20-21, and 2 p.m. on April 15 and 22 in Fisher Theater. Tickets are $21, or $16 for Iowa State students and those under 18, available at the Stephens Auditorium ticket office and all Ticketmaster outlets.


'The Mayor' will reign over Veishea

Men's Basketball Coach Fred Hoiberg will kick off Veishea's opening ceremony and awards program on Tuesday, April 17, in the Memorial Union Sun Room. Everyone is welcome to attend from 4 to 6 p.m.; Hoiberg will give brief remarks at 5:15 p.m.


President Leath will lead the parade

Iowa State University President Steven Leath, accompanied by his wife, Janet, will celebrate his first Veishea as grand marshal of Saturday's parade. Parade co-chair Wes Strohbehn, a senior from Gladbrook, is expecting more than 100 entries, including three traditional floats, two balloons, four bands, eight performances and at least 10 dignitaries. The parade will wind its way through campus starting at 10:30 a.m. (beginning near the Armory and ending at the east campus parking deck).

Academic organizations, student groups and Ames neighborhoods will present more than 85 displays on central campus from 9 a.m. to 5 p.m. on Veishea Saturday. They will include demonstrations of laser technology, electricity and magnetism from the ISU Physics and Astronomy Club; information from the Earthquake Engineering Research Institute; martial arts displays (hapkido, judo, taekwondo and kumdo) and the opportunity to milk a cow and sample homemade ice cream from the Dairy Science Club.

The Student Organic Farm will offer organic, heirloom tomato and pepper seedlings for sale. And several organizations and exhibits will team with Live Green! to share progress on campus sustainability efforts. Visitors who stop by at least five booths in the Live Green! tent can win a sustainable prize. Elsewhere, the ISU Horsemen's Association will provide pony rides at the horse barns on the north side of campus; the Geology Club will sell minerals, fossils and jewelry at rock-bottom prices in Science I (room 157); and veterinary students will hold their annual petting zoo, tours and open house from 1 to 3 p.m. at the College of Veterinary Medicine.

A $5 button will score you breakfast on Monday and a picnic lunch Tuesday through Friday on central campus. Midnight pancake feeds will be held on Friday and Saturday, and a waffle breakfast will be served from 8 to 10 a.m. on central campus prior to the parade on Saturday. Taste of Veishea vendors will be located on Union Drive and near Molecular Biology Friday through 3 a.m. Sunday.

And don't forget to pick up your cherry pie -- an Iowa State tradition since 1919. Hospitality management students will make and sell 12,750 of the delectable little tarts on Friday and Saturday (7:30 a.m.-4:30 p.m. daily or until they're sold out). Pies are $1 each in 16 MacKay. Proceeds help fund scholarships.

More than 3,000 Veishea visitors are expected to attend the International Food Fair on Saturday, April 21, from 11 a.m. to 3 p.m. in the Memorial Union Great Hall. The festival will feature more than 40 foods and beverages from 15 different countries. Admission is $3 plus the cost of food samples. To avoid long lines at the door, pre-purchase your tickets April 17-19 at the MU, west ticket booth (ground floor) from 11 a.m. to 2 p.m.

A new barbecue competition, Smoke Over Veishea, will be held from noon to 2 p.m. on April 21 in the Communications Building parking lot. More than 25 grilling and barbecue enthusiasts from around the Midwest will offer free samples. The event is officially sanctioned by the Kansas City Barbeque Society.

Tickets for the Friday and Saturday night outdoor concerts are available to ISU students, faculty, staff and alumni. Concerts will be held rain or shine; tickets are nonrefundable. Tickets will be exchanged for wristbands at the concert venue.

Through April 20 at 4 p.m., anyone with a valid Iowa State University ID can purchase up to five tickets for $15 (single night) or $20 (for both nights). Faculty, staff and students may buy Live@Veishea tickets online. Alumni who wish to buy tickets may contact Beth Lott at the ISU Alumni Association, blott@iastate.edu.

The complete Veishea entertainment lineup, including many free events (comedy acts, jugglers, breakdancers, a hypnotist, chainsaw artist and more) is available at: http://www.veishea.iastate.edu/en/entertainment/.

A schedule of all Veishea events is here. 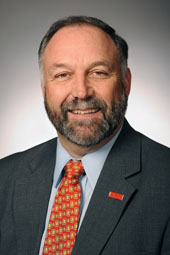 Thousands will stand in line for Veishea cherry pies April 20-21. Only $1, while they last, in 16 MacKay. Proceeds help fund scholarships.