AMES, Iowa - The science, utilization, history and variety of one of Iowa's most valuable resources - soil - will be explored during three days of events during Soils Week on the Iowa State University campus March 28 to 30. All events are free and open to the public.

"Soil is one of the last scientific frontiers and the foundation of much of Iowa's economy. It is only fitting that we emphasize the importance of soil for a week at ISU," said Kendall Lamkey, chair of the Department of Agronomy and Pioneer Distinguished Chair in Maize Breeding. 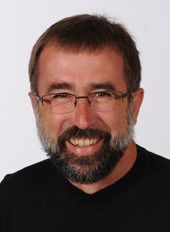 Soils Week will kick off 3 p.m. Wednesday with a presentation by the director/producer of the film "Symphony of the Soil." Wednesday at 6 p.m. the film will be screened in 2245 Coover Hall.

Filmed on four continents, "Symphony of the Soil" explores the miraculous living organism that sustains all life on Earth. With a skillful mix of art and science, the film describes how soil forms, explains its life cycle, and its role in global issues such as climate change, dead zones and the future of our food supply. Farmers, scientists and others speak about ways people can learn to respect, even revere, the earth beneath our feet, according to the film's website.

One of the experts interviewed in the film is Fred Kirschenmann, Distinguished Fellow at ISU's Leopold Center for Sustainable Agriculture, who will also host the screening.

Soils Week continues with presentations both Thursday and Friday by soils experts on different topics.


Wednesday March 28 6 p.m. 2245 Coover Hall Screening of film "Symphony of the Soil." The film explores soil from the "scientific to the metaphysical," according to the filmmakers.