AMES, Iowa -- An extension of the current Farm Bill has delayed the debate over funding for SNAP, the Supplemental Nutrition Assistance Program, formerly known as the Food Stamp Program. Nutrition programs, of which SNAP is the primary one, account for 75 percent of the funding in the Farm Bill.

Brent Kreider, a professor of economics at Iowa State University, said policymakers should consider the benefits of SNAP as part of the debate. In an article for the Journal of the American Statistical Association, Kreider and collaborators studied how SNAP participation affects the well-being of children who are enrolled in the program.

“Our results suggest that SNAP is largely doing what it is intended to do – helping alleviate food insecurity – even though the impacts of public assistance programs cannot be discerned from the data alone,” Kreider said.

Specifically, the researchers estimate that the program reduces food insecurity among high-risk children by at least 20 percent and poor general health by at least 35 percent. The results are based on data from the National Health and Nutrition Examination Survey, which assesses the health of adults and children through interviews and direct physical examinations. The NHANES is conducted by the National Center for Health Statistics and the Centers for Disease Control.

Kreider said the results are significant because nearly half of all American children are expected to receive SNAP assistance at some point in their childhood. According to USDA statistics for 2012, more than 46 million Americans receive assistance through SNAP, with an average monthly benefit of $133 per person.

The study is the first to provide a unified statistical framework to address two data issues – missing counterfactuals and underreported program participation. Kreider said both are associated with government entitlement programs.

“Our goal has been to develop methods that can credibly estimate causal ‘treatment effects’ across a wide range of government programs targeted toward low-income households,” Kreider said.

Because researchers must rely on surveys, like the NHANES, there are factors they cannot accurately identify. As an example, Kreider said they cannot measure what motivates a parent to participate in the program. Additionally, the data, even if perfectly measured, can never reveal counterfactual outcomes.

“Logically, we never know how a child who received SNAP benefits would have fared in the absence of the program, or vice versa,” Kreider said. “Survey data often show that children participating in food assistance programs have worse health outcomes than observationally similar children who did not participate. But is that because the program is ineffective, or is it because higher risk children are enrolled in the program?”

There are also concerns about the reliability of self-reported survey data. Kreider said previous studies have found that SNAP benefits are underreported by at least 12 percent, sometimes closer to 50 percent. Still, researchers rely on surveys for programs like SNAP, because it’s not feasible to conduct randomized controlled trials.

However, with the framework developed by Kreider and his colleagues, they can address these issues. “Our methods do not allow us to pinpoint exact estimates of how SNAP affects children’s health, but we can provide informative ranges on average causal effects of the program,” he said. Despite the inherent limitations of the data, they found that the program has been effective in improving the well-being of children.

Craig Gundersen, a former Iowa State professor of human development and family studies now at the University of Illinois, worked with Kreider on the study, along with John Pepper, University of Virginia, and Dean Jolliffe, World Bank. The researchers also found evidence that SNAP reduces the prevalence of childhood obesity and anemia, but those results were not statistically significant.

Kreider cautions that no single study, including this one, can resolve decades of uncertainty about the efficacy of government transfer programs. Yet he feels that social scientists across disciplines have recently made important strides in learning how to deal with measurement and causality issues.

An Iowa State professor of economics helped develop a new framework to determine the benefit of government programs like the Supplemental Nutrition Assistance Program. Using this framework, researchers determined SNAP reduces food insecurity among high-risk children by at least 20 percent and poor general health by at least 35 percent. 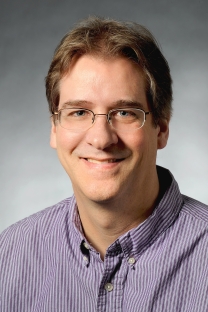 “Our results suggest that SNAP is largely doing what it is intended to do – helping alleviate food insecurity – even though the impacts of public assistance programs cannot be discerned from the data alone."