AMES, Iowa – Two national political writers will discuss at an Iowa State University lecture how the use of novel social science methods steered the 2012 presidential campaign to an Obama victory.

"How New Campaign Styles Win Elections" will examine tactics such as "data mining" and "microtargeting" that are changing the way political parties woo groups of voters. The discussion, which is sponsored by the Harkin Institute of Public Policy, is Monday, Feb. 4, at 8 p.m. in the Memorial Union Great Hall. It is free and open to the public.

Speakers Sasha Issenberg and Ryan Lizza will detail how political reporters – and their reporting – have not kept pace with the modern campaign methods, said David Peterson, professor of political science at Iowa State and interim director of the Harkin Institute.

"Campaigns have adopted the tools and techniques of social scientists, but most reporters don't understand these practices yet and don't report on them very well," said Peterson, who will moderate the discussion. "Political columnists who report on 'what they feel' during a campaign are definitely old school and are not giving the public an accurate picture of the election."

Issenberg is the author of a 2012 book, “The Victory Lab: The Secret Science of Winning Campaigns.” He has been a columnist for Slate and covered the 2008 election for The Boston Globe. His work has also appeared in New York, The New York Times Magazine, The Washington Monthly, Inc., The Atlantic, and George, where he served as a contributing editor. His first book, “The Sushi Economy: Globalization and the Making of a Modern Delicacy” was published in 2007.

Peterson said the discussion will examine the framework of new social science techniques that give political strategists "perhaps thousands of data points" revealing how likely a person will get out and vote and support one candidate over another.

"We'll take a look at what worked and what didn't during the 2012 presidential run," he said.

The panel discussion is part of a daylong Harkin Institute symposium on Feb. 4 titled "Social Science, Presidential Campaigns and Political Reporting." Several scholars will speak at the event that is free and open to the public in the Memorial Union South Ballroom beginning at 9:15 a.m.

The Harkin Institute is named for U.S. Sen. Tom Harkin, an ISU alumnus who has served 38 years in the U.S. House of Representatives and Senate. The institute will house Harkin's papers, and serve as the catalyst for interdisciplinary research, teaching and outreach on public policy issues.

Two national political writers will discuss how the use of novel social science methods steered the 2012 presidential campaign to an Obama victory. The discussion will examine the framework of new social science techniques that give political strategists data points revealing how likely a person will get out and vote and support one candidate over another. 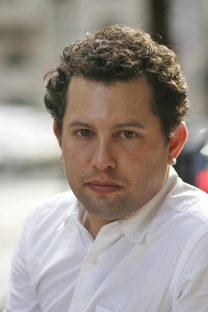