AMES, Iowa -- Iowa State University Senior Vice President for Student Affairs Tom Hill has been appointed as a member of the NCAA Division I Committee on Infractions.  His term of service on the committee will begin Aug. 1, 2013.  Committee on Infractions members may serve up to three (three-year) terms, not to exceed nine years.

Hill is one of eight new members of the NCAA Division I Committee on Infractions, which is expanding its membership to create a more representative group and review cases more quickly.  Members of the committee are drawn from the NCAA membership and the independent public. With the new appointments, the committee’s members number 18; the ultimate goal is to have 24 members who will work in panel groups to help accelerate the process.

As an undergraduate, Hill competed as a member of the track team and later won a bronze medal in the 100-meter hurdles in the 1972 Olympic Games. Hill is active in the Association of Public and Land-grant Universities and NASPA - Student Affairs Administrators in Higher Education. 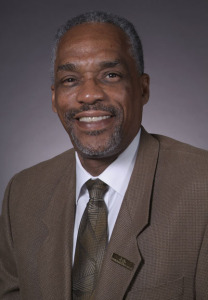