AMES, Iowa – Red flags are easy to recognize in the days following a tragic event like a mass shooting. That’s why a group of Iowa State researchers is working to identify those early warning signs in juvenile offenders before they turn into a pattern of criminal behavior.

It is often difficult for people to understand what leads to criminal behavior in children or teens. But by the time a juvenile is arrested, or referred to the juvenile court system, the child generally has displayed a pattern of antisocial behavior, said Matt DeLisi, professor of sociology at Iowa State University.

In some extreme cases, DeLisi said children as young as 5 years old are committing crimes. So when that child becomes an adult, he or she may already have a lengthy criminal record. That is why DeLisi, and the team of researchers, wants to understand what contributes to this behavior in order to correct it.

“With onset in criminal careers, the first sign of that problem behavior is an indicator of how severe it will be,” DeLisi said. “If you can help them, you save a ton of money and you save a lot of problems. But it’s just the issue of correctly identifying them and that raises a bunch of ethical and other issues.”

The connection between the onset and the severity is similar to other ways children start to develop, whether it is positive or negative, at an early age.

“If you have someone who is 3, or even 2, and is already reading it would suggest that the person is highly intelligent,” DeLisi said. “The reason is because the emergence or the onset of the behavior is usually inversely related to what they will become. The earlier something appears the more special they are or extreme.”

With criminal behavior, the onset begins with rule violations, but researchers found a juvenile’s first arrest or contact with the police is the strongest indicator of future problems. The study published in the Journal of Criminal Justice included 252 children living in Pennsylvania juvenile detention centers. The offenders ranged in age from 14-18 and on average had committed 15 delinquent acts in the prior year.

Researchers also discovered that children with attention deficit hyperactivity disorder got into trouble at a younger age than other juvenile offenders without ADHD. In fact, their first contact with police happened more than a year prior to other offenders. Youth with conduct disorder were also more likely to be arrested at a younger age. However, researchers urge caution on how the results are interpreted.

“This by no way means that every child with ADHD or conduct disorder will become delinquent or ultimately be arrested. What it does mean is that future work needs to address why some youth with ADHD or conduct disorder become delinquent and others do not,” said Brenda Lohman, an associate professor in human development and family studies at Iowa State.

“From a preventive standpoint, this information could then help identify support systems and intervening mechanisms for families and parents, and ultimately decrease rates of antisocial behaviors of children with ADHD or conduct disorder,” Lohman said.

In addition to preventive measures, researchers hope to build on this study to better understand the family dynamics that can lead to mental and behavioral issues in children.

“Extensive research indicates that economic hardship has an adverse effect on the well-being of families,” said Tricia Neppl, an assistant professor in human development and family studies at Iowa State.

Economic pressures increase the risk for emotional distress, which Neppl said can lead to harsh disciplinary practices. She is working on a study to determine if such hardships, when a child is between the ages of 3 and 5 years old, impact the child’s mental health when they are 6 to 13 years old.

As researchers understand more about the connection with antisocial behavior, DeLisi expects there will be an even greater push for intervention and treatment for ADHD and conduct disorder.

“Early interventions are very successful, but they require a lot of investment on the part of people who may be the least willing or able to invest,” DeLisi said.

Researchers from the University of Pittsburgh and Saint Louis University also contributed to the study.

It is often difficult for people to understand what leads to criminal behavior in children or teens. But by the time a juvenile is arrested, or referred to the juvenile court system, the child generally has displayed a pattern of antisocial behavior, said Matt DeLisi, professor of sociology at Iowa State University. 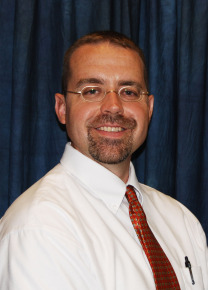 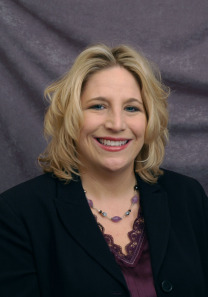 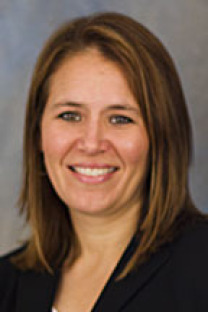