His talk, "Climate Suffering," will be at 8 p.m. Tuesday, Feb. 12, in the Memorial Union Sun Room. It is free and open to the public. He will discuss how people on the front lines of climate change are making sense of their experience and the choices societies face for enduring climate hardship.

"No matter how much we try to mitigate and adapt to climate change, there will still be unprecedented amounts of human suffering," Wapner said.  "Although sobering, my talk provides strategies for human flourishing even in the midst of climate intensification."

Wapner's 2010 book, "Living Through the End of Nature: The Future of American Environmentalism," is a call for environmentalists to regroup and refashion the American environmental movement to be more politically relevant in the 21st century. In 1997, his book, "Environmental Activism and World Civic Politics," won the Harold and Margaret Sprout Award for best book on international environmental affairs.

Wapner is co-founder and editorial board member of the academic journal Global Environmental Politics, which examines the relationship between global political forces and environmental change. Published by MIT Press, the journal covers such topics as the role of states, international finance, science and technology and grassroots movements.

As Hilton Chair, Wapner also presented a public lecture at Iowa State last October. While on campus, he has interacted with students and faculty, discussing environmental issues and interdisciplinary solutions.

Wapner holds graduate degrees from Princeton University and the University of Chicago.

Established in 1995, the Hilton Chair was endowed by a gift of more than $1.3 million from the estate of Helen LeBaron Hilton, who served as dean of Iowa State's College of Home Economics from 1952-75. That college is now part of the College of Human Sciences.

Wapner's presentation is co-sponsored by the College of Human Sciences, the Helen LeBaron Hilton Endowed Chair and the Committee on Lectures, which is funded by the Government of the Student Body. More information on ISU lectures is available online at http://www.lectures.iastate.edu, or by calling 515-294-9935. 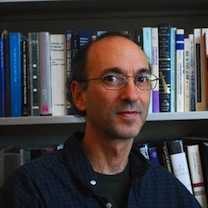 "Although sobering, my talk provides strategies for human flourishing even in the midst of climate intensification."