AMES, Iowa – In tough economic times it may be tempting to dip into or cut back on retirement savings. Even with the economy showing signs of recovery, people may consider reducing contributions to their 401(k) because their wages have been cut or their paycheck is less due to higher payroll taxes. Financial counselors, however, say that’s a bad idea.

“I wouldn’t just run toward the 401(k) and reduce or stop making contributions, because you’re really going to lose money in more than one way,” said Tahira Hira, professor of human development and family studies at Iowa State University.

Depending on the level of an employee’s contribution, Hira said they could lose part of their employer’s match if they opt to save less. Plus, employees miss the savings of tax-deferred retirement contributions because they will have to pay income tax on money that was previously deferred to a 401(k) plan.

The best approach is to cut other expenses. If families are feeling a financial strain due to higher payroll taxes, Hira said cutting small amounts can add up and make a big difference. Avoiding the drive-thru for that morning cup of coffee, eating out less or opting for a cheaper cable package are simple ways to help guarantee long-term financial security.

“Changing your contributions to a 401(k) just to maintain a current lifestyle or to enjoy one more dinner out, or two more movies, or three more pairs of shoes,” Hira said, “will jeopardize your financial security during retirement in a way that will be hard to repair later.”

Limiting or temporarily suspending contributions to a retirement savings plan is not the only concern. A recent study by a financial advisory firm found one in four Americans have borrowed from their 401(k) plans to pay for their mortgage, credit cards and other bills.

Having an emergency fund is one way to avoid using retirement funds, said Jonathan Fox, director of the Financial Counseling Clinic at Iowa State and Ruth Whipp Sherwin Professor in Human Development and Family Studies.

“The most basic planning advice is to have three to six months of expenses in liquid savings to prepare for a financial emergency,” Fox said.

However, he understands that it doesn’t take long to deplete an emergency fund if someone is out of work for an extended period of time. In such a situation, a 401(k) should only be used as a last resort, and Fox said there must be a plan to recover for lost savings.

“Once working and saving again, a higher rate of savings needs to be made automatic. Ideally, pre-committing to annual percentage increases could offset any lost accumulations from the borrowing. The key is to get the savings back on autopilot and working in your long-term favor,” Fox said.

Keep in mind the cost for a loan or early withdrawal. Fox said employees who borrow from their 401(k) must pay interest to use what is really their money. They also lose the potential returns that money would have earned. Withdrawing the money has higher consequences – not only is there a penalty fee, but employees must also pay taxes on that money.

Borrowing from retirement funds or suspending contributions has long-term consequences. Financial counselors stress the importance of properly calculating how much is needed for retirement. At a minimum, employees should take full advantage of an employer match. If feasible, Fox recommends contributing the maximum allowed for tax deferred savings.

“There is no magic percentage. Just as with emergency funds, every situation is different,” Fox said. “The key place to start is with a realistic budget for the desired level of living in retirement.”

People are not only living longer, but often have more medical expenses later in life. Hira said it is very sobering when people understand they will need 15 to 20 years of income if they plan to retire in their early-to-mid 60s.

“It just goes back to the discipline, the understanding of the short- and long-term well being,” Hira said.

In tough economic times it may be tempting to dip into or cut back on retirement savings. Financial counselors, however, say that’s a bad idea. 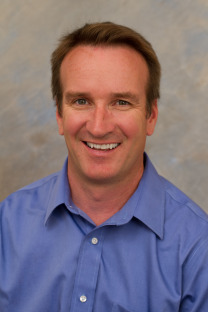 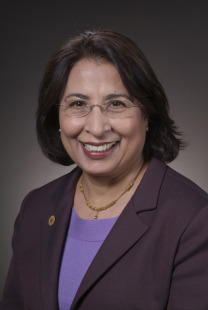