Optimism can lead to unrealistic voter expectations in elections 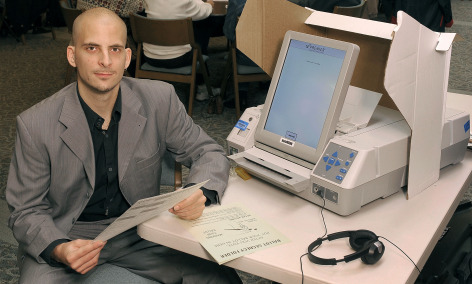 AMES, Iowa – Supporters had high expectations for a 2010 ballot initiative to legalize the recreational use of marijuana in California. Those expectations were ultimately met with disappointment when the measure failed. Regardless of the outcome, the level of optimism among supporters of the issue was intriguing to Zlatan Krizan, an assistant professor of psychology at Iowa State University.

“People tend to expect things they want to happen to actually happen. The reason this is interesting in elections is because your ability to make that happen, assuming you’re not heavily involved with the campaign, is almost zero,” Krizan said. “It makes sense that if you want to be a better musician to believe you can become a better musician, because you can control that, you can develop your skills. Voting is not quite like that.”

To better understand what fuels voter optimism, Krizan and Kate Sweeny, a psychology professor at the University of California-Riverside, led a study published online in Psychological Science to see how voter expectations changed in the month leading up to the California ballot initiative. Krizan says this is a critical time when voters are finalizing their decisions about a candidate or issue and are more tuned into what is happening in the election cycle. In this case, initial poll results suggested the measure would likely pass. But that changed in October as several polls increasingly suggested it would fail.

California residents were surveyed on four separate occasions to gauge their knowledge of and support for Proposition 19. As public support for legalizing marijuana waned, Krizan said, opponents appropriately grew more optimistic that the measure would fail. However, most supporters remained optimistic that it would pass despite the fact it appeared it would be defeated.

The disappointment of defeat

The study also shows that more knowledgeable voters will typically adjust their expectations as they learn more about a candidate or issue during the course of an election. However, for supporters – who felt conflicted by the facts and what they wanted to happen – knowledge about the ballot initiative was not as strong of an influence.

“If you’re invested in the outcome, being informed may not be enough to steer you away from your optimism regarding the election,” Krizan said. “That makes sense because if you support this, you have to believe that it has a chance to pass. If you believe it’s a sure loss, why waste your time?”

In fact, Krizan says candidates and campaign staffers make it a point to fuel that optimism to make sure voters turn out at the polls on Election Day. Instead of accepting unfavorable poll results, supporters will often try to discredit the results or survey methods.

Krizan used the example of John McCain in the 2008 presidential race. During campaign events leading up to Election Day, McCain acknowledged he was trailing his opponent, Barack Obama, but tried to instill optimism in his supporters by telling them, “we got them right where we want them.”

“This enables supporters to maintain their optimism in spite of facts suggesting the opposite. It is important to understand that these expectations live in a dynamic environment exposed to other people’s persuasion and manipulation attempts,” Krizan said.

In the study, Krizan found that supporters who maintained a high level of optimism were the most likely to turn out and vote. But how supporters react when the outcome is not in their favor is important. Krizan says voters who were more optimistic and maintained high expectations were more disappointed when the election didn’t go their way. In an election, disappointment can come with a price, he added.

“That disappointment after the outcome could lead to loss of engagement in the civic process,” Krizan said. “Even worse, voters could believe that this was not a legitimate outcome because disappointment will lead people to question the validity or the legitimacy of the outcome.”

That could make future initiatives on the issue challenging, Krizan said, if supporters feel it is not worth the fight.

Supporters had high expectations for a 2010 ballot initiative to legalize the recreational use of marijuana in California. The measure failed. Regardless of the outcome, the level of optimism among supporters of the issue was intriguing to Iowa State pyschology professor Zlatan Krizan.

“People tend to expect things they want to happen to actually happen. The reason this is interesting in elections is because your ability to make that happen, assuming you’re not heavily involved with the campaign, is almost zero.”