AMES, Iowa -- Cassidy Williams started her spring semester at Iowa State University by speaking at a national White House meeting on technology. She's ending it as a handpicked participant in British Airways' unparalleled experiment at 30,000 feet.

Williams, a third-year computer science student from Downers Grove, Ill., will be part of UnGrounded, an innovation lab connecting tech industry leaders and visionaries to tackle the global talent crunch.

Aboard a private plane flight from San Francisco to London on June 12, Williams will join Silicon Valley's most prominent thinkers to address the misalignment between emerging talent and existing jobs. They will be tasked with designing a platform to connect the dots between tech talent and opportunities.

Or, as British Airways put it: "100 brilliant innovators. 11 hours. One plane. Can a single transatlantic flight help change the world?"

When they land, they'll present their work to a like-minded group of thought leaders at the Decide Now Act Summit, a global social-change conference that will undertake pressing issues for the United Nations. The United Nations Broadband Commission mandated "digital inclusion for all," advocating that all people should have access to affordable information and communication technologies for their social and economic development.

"I'm so excited about this. It's quite an honor to be selected," Williams said.

No doubt her participation in the White House Tech Inclusion Summit had something to do with Williams' selection for UnGrounded. She and her sister Camryn — an Iowa State first-year computer science major — were invited to represent the National Center for Women and Information Technology at the summit. Only 10 of the 800 NCWIT student members were invited to the meeting hosted by President Obama's chief technical officer.

When Williams heard about British Airways' Innovation Lab in the Sky, she contacted NCWIT to see how she might become a part of it. Next thing she knew, she and a NCWIT member who works at Google (and happens to be from Williams' hometown) were on the flight's elite manifest.

"There aren't that many women in computing out there," Williams said.

It also helped that she'll be in the San Francisco area this summer for an internship for Intuit. Williams has already interned at Microsoft, General Mills, Priority 5 and NCWIT. At Intuit, she'll work on iOS development.

Williams has been interested in programming for mobile and Web applications since she first learned the possibilities in eighth grade. When she took high school courses in computer science, Web design and 3-D modeling, she was hooked on pursuing a programming career.

Perhaps the youngest among the heady group of UnGrounded participants, Williams plans on adding a fresh, student viewpoint, as well as a female perspective.

"I just read that when voicemail was created and developed by men, it wasn't tested with women. So when women first tried to leave a voicemail, the system hung up on them because it didn't pick up the frequency of women's voices. A popular video game console manufacturer made the same omission quite recently," she said.

"There are so many things that have been developed that require a female perspective in order to be tested thoroughly. You need all perspectives." 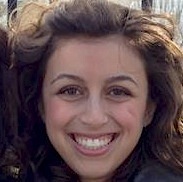 Cassidy Williams has been handpicked to participate in British Airways' unparalleled experiment at 30,000 feet. The third-year computer science student will be part of UnGrounded, an innovation lab in the sky where tech industry leaders and visionaries will tackle the global talent crunch. Aboard a private plane flight from San Francisco to London on June 12, they will be tasked with designing a platform to connect the dots between tech talent and opportunities.

"There aren't that many women in computing out there."