What the birth rate says about changing family dynamics

AMES, Iowa – An Iowa State University sociologist is not surprised by a recent U.S. Census Bureau report showing a spike in the number of unmarried women giving birth. According to the report, nearly 36 percent of babies born in 2011 were to single mothers. Susan Stewart, an associate professor, says there are several factors that influence this rate, including the recent recession.

To fully understand changes in the birth rate, it is important to look at changes in the marriage rate, Stewart said. Most couples generally wait to get married until they feel financially secure, which is why it’s not unusual to see this rate decline during a recession. The decline is also a reason for the increase in children born to unmarried mothers. But it is too soon after the recession, Stewart said, to have enough data to really tell what is happening.

What concerns Stewart about the higher birth rate among unmarried women is the impact on the well-being of children and families. Single mothers, making less than $10,000 annually and have not earned a high school diploma, had the highest percentage of non-marital births, according to the report. Not only do these families struggle with poverty, Stewart said there’s the emotional cost of growing up in a single-parent household.

“On average, kids who grow up without two parents have lower test scores, they are less likely to go to college and complete college, they have higher levels of depression and are more likely to get into trouble,” Stewart said.

However, she adds, these problems are not a direct reflection of parenting skills. Instead, there are several environmental factors that can put single-parent families at a disadvantage.

“It’s a combination of lack of parenting support, poverty, and children concentrated in low-income neighborhoods with poor schools,” Stewart said. “It’s a whole range of factors that come together to create these problems.”

The census report ranks Iowa as “significantly below” the national average with 31 percent of births in 2011 to unmarried women. Stewart said education and awareness as well as access to contraception all contribute to the lower rates.

Regardless of where states rank in the report, another important distinction to consider is that not all unmarried women are necessarily single. Stewart said this is one of two common misconceptions about the birth rate.

“People often think two things about single motherhood. They think they’re teenagers, which is not true. Women in their 20s produce the most out-of-wedlock babies. And they think that they’re single, meaning there’s no man in their life, when a large percentage are cohabiting with the child’s biological father,” Stewart said.

The report estimates that 40 percent of children, by age 12, live in a cohabiting household. Stewart said these relationships are not always as stable and may not result in marriage. Still, it is another factor to consider when looking at changes in the birth rate.

“People often think two things about single motherhood. They think they’re teenagers, which is not true. Women in their 20s produce the most out-of-wedlock babies. And they think that they’re single, meaning there’s no man in their life, when a large percentage are cohabiting with the child’s biological father.” 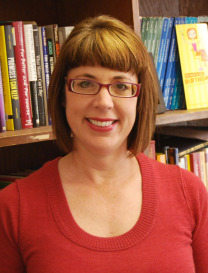