AMES, Iowa – Barbara Mack, an award-winning media law professor at Iowa State University and former general counsel of the Register and Tribune Company, has been chosen as the 2013 winner of the James W. Schwartz Award for Distinguished Service to Journalism and Communication.

Faculty of the Greenlee School of Journalism and Communication made the selection earlier this year, giving the award to their colleague in recognition of her efforts to educate citizens and students about law and social justice.

Mack, a 1974 Iowa State graduate, passed away unexpectedly in August 2012.

She helped found the Iowa Freedom of Information Council, another of her important life achievements.

Her passion for truth and transparency led to an iconic career as a media law professor in the Greenlee School. Her numerous honors include the Master Teacher Award in 2000 and the Alumni Association’s Superior Service Award in 2011.

Throughout her professional and professorial career, she was a beloved friend to colleagues and mentor to thousands of students.

“Barbara would be pleased to know her colleagues chose her for this prestigious award,” said Michael Bugeja, Greenlee director. He recalled a September 2011 ceremony to mark the passing of James Schwartz, long-time chair of journalism at ISU. “Barbara was a student here in journalism in 1972 when she first met Jim, who had read some of her reporting and said he had ‘high expectations’ of her as a journalist.”

She told faculty, staff and alumni that Jim Schwartz was one of the people who inspired her throughout her career.

The award ceremony honoring Mack is scheduled for 6 p.m. Friday, Nov. 8, at Reiman Gardens. Mack’s sister, Anne Mack, who teaches English at the University of Missouri will accept the award on behalf of the 2013 Schwartz Award winner.

Christine Romans, a 1993 Iowa State University journalism graduate and current CNN anchor, along with colleagues and former students of Barbara Mack, will honor her memory with personal comments at the event.

Romans is the 2009 winner of the Schwartz Award. She also is the 2013 Carrie Chapman Catt Public Engagement Award winner.

“Barbara would be pleased to know her colleagues chose her for this prestigious award.”

Michael Bugeja, director of the Greenlee School of Journalism and Communication 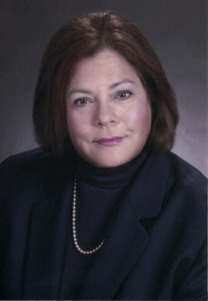