What corporations can learn from Microsoft

AMES, Iowa – A failure to recognize and adapt to changes in mobile computing is what ultimately led to the most recent change at the top of Microsoft. But the blame should not fall solely on the shoulders of CEO Steve Ballmer, who recently announced his retirement, said David King, an associate professor of management at Iowa State University’s College of Business. The problems are more a reflection of the long-standing corporate culture at Microsoft that can serve as a lesson for all businesses.

“Microsoft’s weaknesses of being able to develop the Zune music player in response to Apple’s iPod or any kind of smartphone or tablet, just shows that they haven’t put the right emphasis and talent in areas where they can develop new things. It’s more of a cultural problem,” King said.

Instead of focusing on new technologies, Microsoft continued to invest money and talent in its Windows operating system. As King explains in his analysis of Microsoft’s Surface Tablet, to be published in the Grazadio Business Review, the concentration on Windows became a weakness for the company, despite the fact that it is the most profitable Microsoft division. Not only did this lead to missed opportunities in the mobile arena, but the latest version of Windows missed the mark with both PC and tablet users.

“Microsoft deliberately killed some projects to steal the funds from more future-oriented things to focus on products they already had in place,” King said. “Windows became a juggernaut. As a result Microsoft was not innovating something new, it was continuing to just refine Windows.”

This trap is one many corporations fall into, but can be avoided using a basic business tool known as SWOT analysis, King said. It starts with identifying a corporation’s SWOT – strengths, weaknesses, opportunities and threats. The next step of the analysis is to match a weakness with an opportunity, for example, to develop a strategy for improvement.

In rapidly changing high tech fields, King said corporations should be conducting this kind of analysis on a monthly, if not weekly, basis. In the case of Microsoft, it might have led to greater diversification. King said it is not as critical for small businesses to diversify, but for large corporations it is essential.

“Most businesses don’t survive beyond 40 years and that’s largely because the business that they’re in is essentially overtaken by changes. To survive long-term, for larger corporations, diversification is really important,” King said.

Creating the next big thing

Diversification is not without risk, King admits, especially when a company may invest millions to develop a product that could potentially flop in the marketplace. King said it is a decision or a tradeoff that all corporations must make – whether to exploit an existing product or explore a new area.

However, failing to respond to change in consumer demand can prove to be more costly in the end. In the case of Microsoft, PC sales have continued to decline since the introduction of the tablet in 2010. And the company is still struggling to compete after pulling its mobile device, the Microsoft Kin, two months after it launched.

“Microsoft, by being focused on PCs, just completely ignored how that shift was happening with their customer base,” King said.

In sticking with its core product, Microsoft is also watching its dominance slip away as it faces increased pressure from competitors, such as Google, that offer software for free. There are several examples, in both the private and public sector, of businesses or agencies that have failed to adapt to change.

King, a retired Air Force officer, said the F-22 fighter jet is just one of those examples. While he believes it will be the best manned-fighter jet built, the pilot is a major limitation to performance and a major part of aircraft development and production costs. The Air Force could have moved faster to shift to unmanned aircraft, he said.

In either case, King said the need for careful analysis is clear. Corporations need to think about and work through different situations and worst-case scenarios to anticipate change.

The next step for Microsoft

King anticipates plenty of change as Microsoft begins its search and hires Ballmer’s replacement. He expects the company will bring in an external candidate for the job because Ballmer eliminated a lot of the potential candidates to promote from within. If the next Microsoft CEO comes from outside the company, King said he or she will face several challenges.

“It’s much more challenging than having a relatively seamless handoff to an internal candidate,” King said. “External hires are usually less successful because they don’t have the credibility or the relationships. Their internal professional network with the corporation is minimal. For lower level employees there’s a lot more uncertainty about what they’re going to be asked to do.”

Generally in these situations, King said an external hire will bring in a team of trusted people, which means changes in leadership for the different Microsoft divisions. The next leader will also face a tall order in creating new products and growth, but will have the advantage of Microsoft’s financial resources to make that happen. The transition is one other corporations can learn from.

“The lesson for other companies is that you really need to manage your leadership pipeline,” King said. “Steve Ballmer had eliminated a lot of the potential contenders. In addition to starving other innovations, he starved Microsoft’s leadership pipeline.”

A failure to recognize and adapt to changes in mobile computing is what ultimately led to the most recent change at the top of Microsoft. An Iowa State management professor explains how the problems are a reflection of the long-standing corporate culture at Microsoft that can serve as a lesson for all businesses.

“Microsoft deliberately killed some projects to steal the funds from more future-oriented things to focus on products they already had in place. Windows became a juggernaut. As a result Microsoft was not innovating something new, it was continuing to just refine Windows.” 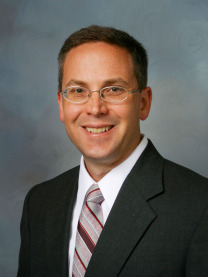