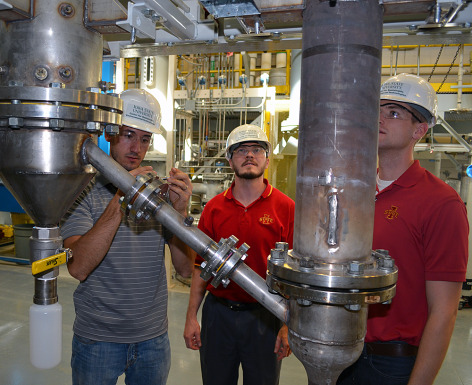 “Can you imagine if we reverse that by drawing down carbon and still building the economy?” asked Brown, an Anson Marston Distinguished Professor in Engineering, director of Iowa State’s Bioeconomy Institute, the leader of the College of Engineering’s Initiative for a Carbon Negative Economy and the Gary and Donna Hoover Chair in Mechanical Engineering. “We can do that if we have a renewable energy process based on photosynthesis and a carbon sequestration process.”

Here’s how that process could work:

Plants grown for renewable fuels would pull carbon dioxide from the atmosphere. Leaves, stems and stalks would be harvested and broken down by quickly heating them without oxygen, a process called fast pyrolysis. One of the products of fast pyrolysis is a thick, dark oil that can be burned for power generation or processed into transportation fuels. Researchers sometimes describe bio-oil as densified biomass that’s much easier to handle and transport than raw biomass. 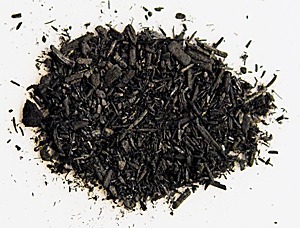 The Initiative for a Carbon Negative Economy is one of three Dean’s Research Initiatives launched in 2011 by Iowa State’s College of Engineering. The three projects (the others are in wind energy and computational biology) received three-year, $500,000 grants to build the interdisciplinary faculty teams and public-private partnerships that can successfully compete for multi-million dollar research grants. All three research initiatives are designed to develop new technologies and spark economic development.

Brown said the early work of the carbon negative initiative was focused on building a team, creating the intellectual foundation for a carbon negative economy and writing a lot of grant proposals to attract support for research projects in pyrolysis, energy production, biochar application and carbon economics.

To date, the initiative has attracted three significant research grants:

Brown said the initiative’s next step is to secure funding for a much larger demonstration project in carbon negative energy.

In the meantime, initiative leaders will continue to work with a national panel of engineers, scientists, economists and business leaders to gain support for the idea of a carbon negative economy.

“Most natural ecosystems on the planet operate as carbon negative processes – except for human societies,” Brown said. “The original prairies did. The oceans do. They draw down carbon and sequester it. And now we want to demonstrate that we can operate as a carbon negative economy.”

Researchers affiliated with the College of Engineering's Initiative for a Carbon Negative Economy are building research teams, establishing the intellectual foundation for carbon negative energy and writing lots of research proposals. Initiative leaders envision an energy economy based on plant biomass that's thermochemically converted into bio-oil for fuels and a biochar that enriches soils and sequesters carbon. 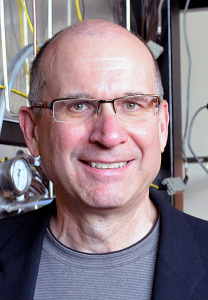 “Can you imagine if we reverse that by drawing down carbon and still building the economy? We can do that if we have a renewable energy process based on photosynthesis and a carbon sequestration process.”