ISU researchers examine how stress may lead to false confessions 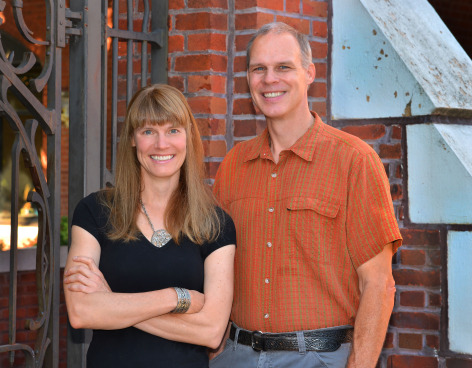 AMES, Iowa – Imagine if you were wrongly accused of a crime. Would you be stressed? Anyone would be, but Iowa State University researchers found the innocent are often less stressed than the guilty. And that could put them at greater risk to admit to a crime they didn’t commit.

To better understand what leads to false confessions, Max Guyll, an assistant professor of psychology, and Stephanie Madon, an associate professor of psychology, measured various indicators of stress, such as blood pressure, heart rate and nervous system activity. In the study, published in Law and Human Behavior, stress levels increased for all participants when they were first accused. However, the levels for those wrongly accused were significantly lower. Researchers said that’s a concern because it can make the innocent less likely to vigorously defend themselves in a real interrogation.

“The innocent are less stressed because they believe their innocence is going to protect them and they think everything is going to be OK, so there is no reason to get worked up over this accusation,” Madon said. “But if you’re going into a police interrogation and you’re not on your guard, then you could make decisions that down the line will put you at risk for a false confession. Because once you talk to police, you’re opening up the chance that they’re going to use manipulative and coercive tactics.”

Minimization is one of those tactics used in interrogations and the tactic Madon and Guyll used in their study. By minimizing the severity of a crime, Guyll explained how investigators try to convince the person they are questioning it’s in his or her best interest to confess. Initially, it is easier for the person to defend themselves, but over time they start to wear down.

“If you’re brought in late at night and kept for several hours, you’re exhausted, and you have these investigators who are in a position of power. They’re challenging everything you say and they’re not accepting anything you say,” Guyll said. “That pressure starts to take a toll physiologically and there’s a greater chance you’ll give up and confess.”

Proof that the innocent do confess

The Innocence Project is a nonprofit group that works to exonerate those who are wrongly convicted, many because of false confessions. To date, the organization has helped clear 80 people who admitted to crimes they did not commit.

Madon said other researchers have studied false confession cases in which police recorded the length of the interrogation. Of those cases, they found people were questioned for up to 16 hours on average before admitting to a crime they did not commit.

“These people held out for a very long time, but they couldn’t hold out forever,” Madon said.

Typically, interrogations only last 30 minutes to 2.5 hours. But with some false confessions, suspects were questioned for up to 24 hours.

“Being in a police interrogation is a very powerful situation,” Guyll said. “If you wear a person down you can probably get false confessions.”

How the study worked

For students participating in the ISU study, it took only a short amount of time for some to confess. Students were connected to monitors so that researchers could measure their stress levels at different points throughout the experiment. The study is the first to look at physiological response, which is important because the results cannot be easily altered or influenced by bias if the researchers had asked students how much stress they felt when accused.

Madon said the students were given an assignment, part of which was to be completed individually and the other part with a partner. The experiment was set up so that the partner would ask some students for help with the individual task, essentially getting them to break the rules, so they would be guilty of misconduct.

Students, both innocent and guilty, were later accused of academic misconduct and asked to sign a form confessing. It came as no surprise to researchers that 93 percent of the guilty students confessed, but 43 percent of those who were innocent also agreed to sign the confession form.

Although the innocent showed less stress than the guilty when first accused of misconduct that changed when students were pressured further to sign a confession. In comparison to students who gave up and confessed, the innocent who refused to confess showed greater sympathetic nervous system activity, which is associated with the fight or flight response.

If questioned for a long period of time, the greater expenditure of resources could start to take a toll, Guyll said. And as a result, cause even more of the innocent to lose their energy and motivation to continue defending themselves, ultimately leading them to give up and confess.

“Everyone’s resources are drained over time, and this is made even worse when investigators constantly pressure the suspect and dispute their story,” Guyll said. “If you’ve ever been in an hour-long argument with someone, just think how exhausting that is, and how you get to a point where you will say you are wrong just to make it stop. Now imagine that argument going on for 16 hours.”

Researchers also videotaped the experiment to look at differences in body language and facial expressions among the different groups. While some students had a nervous smile or laughter, there was no measurable difference in the responses between the guilty and wrongly accused.

Imagine if you were wrongly accused of a crime. Would you be stressed? Anyone would be, but Iowa State University researchers found the innocent are often less stressed than the guilty. And that could put them at greater risk to admit to a crime they didn’t commit.

“Being in a police interrogation is a very powerful situation. If you wear a person down you can probably get false confessions.”