Emmy-winning writer for 'The Daily Show' will speak at Iowa State Sept. 26

AMES, Iowa – In an effort to end the constant bickering about the Constitution of the United States, Kevin Bleyer decided to rewrite it. The multiple Emmy-winning writer for "The Daily Show with Jon Stewart" will share his witty insights into one of the nation's most revered documents during a the Constitution Day lecture at Iowa State University.

"Me the People: One Man's Quest to Rewrite the Constitution" will be at 8 p.m. Thursday, Sept. 26, in the Memorial Union Great Hall. The talk is part of the university's National Affairs Series, and is free and open to the public.

In his book of the same title, Bleyer drags our nation's founding document into the 21st century. He takes readers to Greece, the birthplace of democracy, and Philadelphia, the home of American freedom. He also debates the failures of Article III, which establishes the judicial branch of the federal government, with Justice Antonin Scalia.

A member of the Council on Foreign Relations, Bleyer also is a contributor to President Barack Obama's speeches for the White House Correspondents' Dinner. He is co-author of The New York Times bestseller, "Earth: The Book," and a writer for the 80th Annual Academy Awards, which Jon Stewart hosted in 2008.

Bleyer did commentaries and freelance reporting for NPR's "All Things Considered" and American Public Media's "Marketplace" before becoming a writer and producer for "Politically Incorrect with Bill Maher" from 1996 to 2002. He wrote for "Dennis Miller" from 2003 to 2005, and then joined the writing team at "The Daily Show" where he worked on more than 100 episodes until 2012.

Bleyer studied computer engineering and communications at Stanford University, earning his degree in 1994.

Bleyer's presentation is co-sponsored by the First Amendment Day Series, National Affairs and the Committee on Lectures, which is funded by the Government of the Student Body. 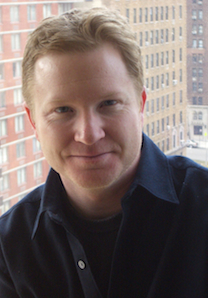 "Me the People: One Man's Quest to Rewrite the Constitution"