Author of ‘Responsibility to Protect’ report to speak at Iowa State

AMES, Iowa – Ramesh Thakur, former assistant secretary-general of the United Nations, will discuss the U.S. and international community response to the humanitarian crisis in Syria during a lecture at Iowa State University.

Thakur, one of the principal authors of the 2001 Responsibility to Protect (R2P) report, will present, “Emerging Powers and the Responsibility to Protect” at 8 p.m. Tuesday, Oct. 1, in the Sun Room of the Memorial Union. The 2001 R2P report was adopted by the U.N. as its guiding principles for the prevention of genocide and crimes against humanity.

James McCormick, political science professor and chair, said Thakur strongly advocates the U.N. taking on a larger role in global affairs. Thakur will talk about the origins of the R2P doctrine, what the initiative means and when it applies, as well as what it means for emerging countries like China and India.

During his visit to Iowa State, Thakur will also speak to students in U.S. foreign policy and international politics courses.

“Students get to see, live and in person, someone who is really shaping the policy of the moment. Ramesh has been involved as assistant secretary-general of the United Nations and deeply involved in these international activities,” McCormick said. “The experience will also give students a better idea of the potential career opportunities in global organizations.”

Thakur directs the Centre for Nuclear Non-Proliferation and Disarmament at Australian National University. He is co-editor of the newly released “Oxford Handbook of Modern Diplomacy,” the author of more than 30 books, and writes regularly for the international press.

The lecture is sponsored by the Department of Political Science, World Affairs and the Committee on Lectures, which is funded by the Government of the Student Body.

The Political Science Department received $2,000 in funding support from the Public Education for Peacebuilding Support initiative of the United States Institute of Peace.  The support will enable Iowa State to host the lecture.

“USIP is pleased to support organizations like Iowa State University and their contribution to the national conversation around international conflict – and methods for resolving those conflicts nonviolently,” said USIP President Jim Marshall.

The United States Institute of Peace is the independent, nonpartisan conflict management center created by Congress to prevent and mitigate international conflict without resorting to violence. USIP works to save lives, increase the government’s ability to deal with conflicts before they escalate, reduce government costs, and enhance national security. USIP is headquartered in Washington, D.C. with offices in Baghdad, Iraq, and Kabul, Afghanistan.

"Emerging Powers and the Responsibility to Protect" 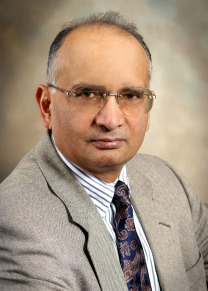