AMES, Iowa – Decades of experience in public administration and policy have shaped Ambassador Karen Hughes’ definition of leadership. Hughes, the fall 2013 Mary Louise Smith Chair in Women and Politics, will talk about what she believes are the three fundamentals of leadership when she visits Iowa State University in October.

Hughes will present “The CEOs of Leadership: Clarity, Example and Optimism” at noon on Thursday, Oct. 3, in the Great Hall of the Memorial Union. The presentation is free and open to the public. Dianne Bystrom, director of Carrie Chapman Catt Center for Women and Politics at Iowa State, said Hughes will share her personal insights and experiences in women’s leadership and empowerment.

“In her presentations on leadership, Ambassador Hughes often talks about how women she has met around the world are motivated to work toward improving the lives of others and change their communities,” Bystrom said.

Hughes serves as worldwide vice chair for Burson-Marsteller, a leading global public relations and communications firm. Before joining Burson-Marsteller in 2008, she worked for more than 30 years in public administration, public policy and communications. Hughes served as Undersecretary of State for Public Diplomacy and Public Affairs with the rank of ambassador from 2005 to 2007. She also served as counselor to President George W. Bush from 2001 to 2002.

“I had the pleasure of hearing Ambassador Hughes speak during a symposium on women and politics sponsored by the John Tower Center for Political Studies at Southern Methodist University in January of this year,” Bystrom said. “I was impressed not only by her energetic and enthusiastic delivery, but also by the content of her remarks.  After hearing her speak, I thought she would be a great fit for our Mary Louise Smith Chair speaker series at Iowa State.”

The purpose of the chair is to bring nationally known political leaders, scholars and activists to Iowa State to enrich the experiences of students and educate citizens about the role of women in the political process. Hughes is the 24th woman leader to visit Iowa State through the sponsorship of the Smith chair.

The event is sponsored by the Catt Center, Women’s Leadership Series and the Committee on Lectures, which is funded by the ISU Government of the Student Body.

Karen Hughes, the fall 2013 Mary Louise Smith Chair in Women and Politics, will present “The CEOs of Leadership: Clarity, Example and Optimism” at noon on Thursday, Oct. 3, in the Great Hall of the Iowa State University Memorial Union. 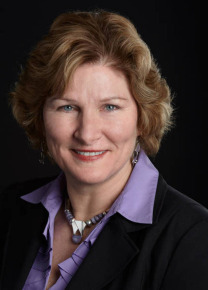