Their presentation, "Scientific Discovery and the Fight to End Global Hunger," will be 8 p.m. Monday, Oct. 14, in the Memorial Union Great Hall. A reception and student poster display will precede the lecture at 7 p.m. in the South Ballroom. Undergraduate and graduate students will submit posters that address world food issues.

Research by Van Montagu, Chilton and Fraley has made it possible to develop crops that are resistant to insects and disease, tolerate extreme variations in climate, require less chemical fertilizer and help ensure an agricultural livelihood for some of the world's poorest farmers. Their careers and contributions are described below. 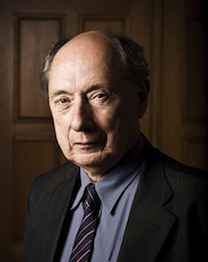 As a member of the cell biology department at Ghent University Medical School in Belgium in the late 1960s, Van Montagu and a colleague worked with the plant disease known as crown gall. They discovered that Agrobacterium tumefaciens, the plant tumor-inducing soil microbe, carries a rather large circular molecule of DNA, which they named "Ti plasmid." Their elucidation of the structure and function of Ti plasmid led to their development of the first technology to stably transfer foreign genes into plants. The discovery set up a race within the emerging molecular biology community to develop workable plant gene tools that could genetically engineer an array of plants and enhance crop production worldwide. 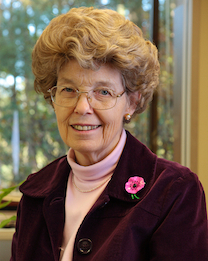 As a postdoctoral microbiology researcher at the University of Washington in Seattle, Chilton applied DNA hybridization technology in her study of how Agrobacterium causes plant cells to grow into a gall. Chilton and her colleagues made the breakthrough discovery that the crown gall tumors of plants are caused by the transfer of only a small piece of DNA from the Ti plasmid (T-DNA) in Agrobacterium tumefaciens into the host plant, where it becomes part of the plant’s genome.

Chilton continued her molecular biology research after joining the faculty at Washington University in St. Louis in 1979. Three years later, her team produced the first transgenic tobacco plant. Her work demonstrated that T-DNA can be used to transfer genes from other organisms into higher plants, providing evidence that plant genomes could be manipulated more precisely than was possible using traditional plant breeding.

Chilton joined Ciba-Geigy Corp. (later Syngenta Biotechnology) at Research Triangle Park in North Carolina in 1983. She established one of the world’s first industrial agricultural biotechnology programs, leading applied research in disease and insect resistance, and continuing to improve transformation systems in crop plants. She has spent the last three decades overseeing the implementation of the new technology she developed and further improving it to be used in the introduction of new and novel genes into plants. 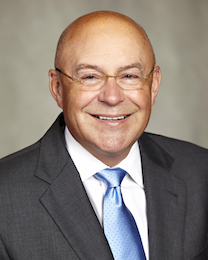 Robert Fraley is executive vice president and chief technology officer at Monsanto, where he led the successful introduction of "Roundup Ready" crops in the mid 1990s. The genetically engineered soybeans were resistant to the herbicide glyphosate, commercially known as Roundup. When Roundup Ready seeds were planted, a farmer was able to spray an entire field with glyphosate, and only the weeds would be eliminated, leaving the crop plants alive and thriving.

After completing postdoctoral research in biophysics, Fraley joined Monsanto as a research specialist in 1981. He led a plant molecular biology group that worked on developing better crops through genetic engineering. Building upon the discoveries of Chilton and Van Montagu, Fraley and his team produced the first transgenic plants using the Agrobacterium transformation process. They isolated a bacterial marker gene and engineered it to express in plant cells. By inserting that gene into Agrobacterium, they were able to transfer an immunity trait into petunia and tobacco cells.

In conjunction with the annual World Food Prize Celebration, this lecture is coordinated by Iowa State University's Nutritional Sciences Council and co-sponsored by the colleges of Human Sciences, Liberal Arts and Sciences and Agriculture and Life Sciences; Office of the President; Plant Sciences Institute; World Affairs Series; and the Committee on Lectures, which is funded by the Government of the Student Body.

More information on ISU lectures is available online at http://www.lectures.iastate.edu, or by calling 515-294-9935. 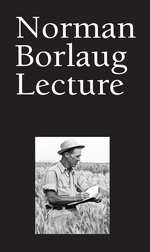 "Scientific Discovery and the Fight to End Global Hunger"