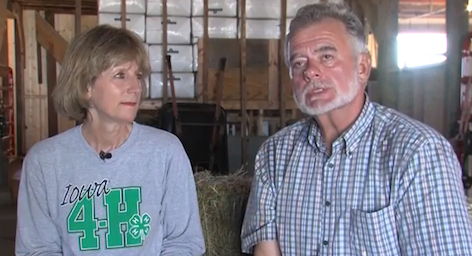 AMES, Iowa -- A compelling mix of Iowa State University's dairy science program, a historic barn west of Ogden and plain old-fashioned "Iowa nice" was all it took for the Hodges-Tinner family of Hockinson, Wash., to pick up and move to Iowa.

Greg, Margot, Erich, five horses and one beloved Brown Swiss cow are among the newest — and perhaps happiest — Cyclones in the Hawkeye state. 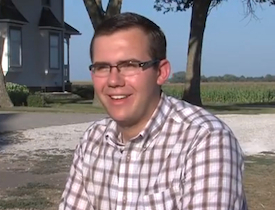 Their love affair with all things Iowa started in 2009 during Erich's freshman year in dairy science and animal science at Iowa State.

"The first time I went to the dairy science office, all the faculty flocked to me. It was like being part of a family. Before long, I knew every faculty member and had been to each of their homes," Erich said.

That year, Greg, a retired Realtor, and Margot, a Delta Air Lines flight attendant, visited Ames every chance they got: Cyclone Family Weekend, dairy science banquet, holidays. Each stay was a "really positive experience." Soon they bought a house in Ames for extended visits between Margot's overseas flights (she and Erich are fluent in French and German). They even named their new, red colt Cy.

Erich, an award-winning honors student and self-described multi-tasker, thrived at Iowa State. He was a College of Agriculture and Life Sciences Excellence in Agriculture scholar, a member of the freshman leadership class, Maple Hall president, ag peer mentor and President’s Leadership Initiative Award scholarship winner. Through the college, he studied abroad in Bulgaria, Ukraine, Scotland and England. Eventually, he will set up shop as a large animal veterinarian  — in Iowa.

"For what I want to do in the ag industry, this is the place to be," said Erich.

He never expected his parents to end up here, too. But that's what happened. Greg and Margot have farm backgrounds and Margot has dairy farming relatives in Switzerland. Over time, they said, southwest Washington has moved away from the ag industry.

"We wanted to live in an environment friendlier to agriculture, horses and farming," Greg said.

"Iowans are so welcoming and down to earth. If your car breaks down on Highway 30, they'll stop and help you," Margot said. "We never worried about Erich coming to school here because the environment is so nurturing and people have such good core values."

An adventure for the entire family

Now Erich is a first-year student in Iowa State's College of Veterinary Medicine. And Greg and Margot are card-carrying Iowans. They purchased (and restored) that 1906 barn, along with a seven-bedroom farmhouse and a one-room schoolhouse on 10 acres. They're putting finishing touches on the largest horse facility in Boone County. It's 72 feet by 248 feet and includes a riding arena. Margot, a former 4-H leader and avid equestrian, plans to open the arena "to local 4-H and FFA groups to use for practice."

"It's been a real adventure," Greg said about the barn and schoolhouse restoration, horse barn construction, house remodeling and cross-country move.

The 1911 house had been renovated to become a bed and breakfast — seven bedrooms and eight baths, but no closets. It was vacant for 15 years and needed to be updated. Now, people stop along the road just to stare at the striking foursquare Victorian with the picture-perfect front porch. The interior of the 1850 schoolhouse, which had been moved from a mile away, will be refurbished in the spring. Margot is already searching for a bell for it.

"We're taking suggestions about uses for the schoolhouse — weddings, farmers' markets, school groups? I want it to be as authentic as possible," said Margot, a former schoolteacher.

The barn, however, is their work of art and labor of love. Seems the entire family has a soft spot for historic barns like the one Margot's grandfather had after emigrating from Switzerland. A farm with a historic barn has been her lifelong dream.

"When I first saw this place, I thought 'Be still my heart,'" Margot said.

They made an offer, but it was turned down. A year later, their Realtor called to say the price had been lowered and asked if they were still interested.

John Paulson was the original owner of the Daniel Boone Farm, as it was known. His Percheron draft horses helped build Highway169. And he had dairy cows.

"There are so few barns left with this style, structure and quality," Greg said. "But restoring it was a lot of work, a lot more than we'd planned on. You find one spot that needs to be fixed and then uncover another one. For a while, it was a never-ending project.

"We had a couple of really good contractors who helped. They enjoyed putting the history back into the barn. It was encouraging to have people who appreciated what we were trying to do," Greg said.

"We didn't know any of these people and they were all working for us, doing what we asked. Everything was arranged over the phone or with a handshake," Margot said. "You can count on people here; they stand by their word."

Neighbors, too, have pitched in. Literally. When they saw the family unloading hay at midnight, they stopped to help.

"You really can't find that in other places," Margot said.

Brown Swiss leads the way to career and Iowa home

Erich learned about Iowa State's dairy science program when he represented Washington as part of its 4-H dairy judging team at the national competition during the World Dairy Expo.

"I'd never heard of Iowa State, and had never really thought about going half-way across the country to school. But when I looked into colleges, Iowa State kept coming out as number one, meeting all my criteria," he said.

The Hodges family is spreading the word about Iowa State back in Washington. The former president of Margot's 4-H Club is now a Cyclone, majoring in biology. And they've convinced two additional high school students to join Erich in Ames.

Oh — and that beloved Brown Swiss cow? She's Erich's first dairy cow. He got her when she was 7-weeks old. Twelve years later, she's "very spoiled; totally a pet cow."

"She'd wait for me at the school bus stop and run along the fence to meet me," Erich said. "She's a big part of my life and we weren't going to move without her."

Her nickname is Sundae. And the family named their new Iowa home after her — Sundae Morning Farm.

The Hodges-Tinner family moved from Washington to Iowa and restored a historic farmstead, after sharing their son's positive experience at Iowa State.

"The first time I went to the dairy science office, all the faculty flocked to me. It was like being part of a family."

"We wanted to live in an environment friendlier to agriculture, horses and farming."

"Iowans are so welcoming and down to earth. If your car breaks down on Highway 30, they'll stop and help you." 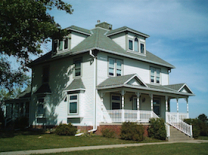 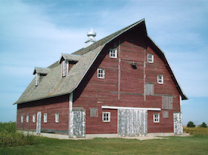 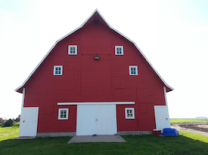 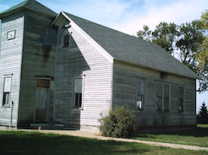 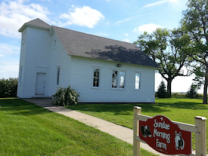 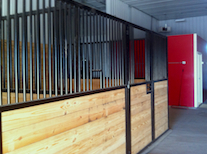