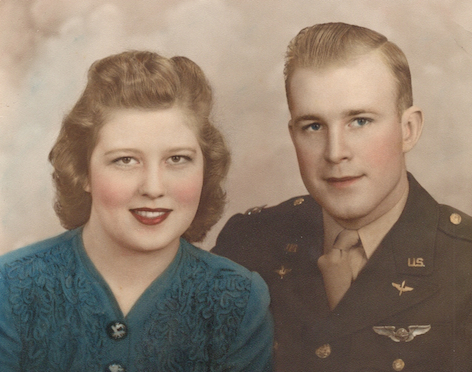 AMES, Iowa -- An observance at Iowa State University will honor two former students who served and died in military service. One of the honorees is Robert Lynn Hodson, who was born in Eldon on February 8, 1918. He died during World War II. His name is being engraved on the wall of the ISU Memorial Union's Gold Star Hall and his life will be remembered in a campus ceremony on Friday, Nov. 8.

Former students are eligible for name placement in the Gold Star Hall — the war memorial in the university's Memorial Union — if they graduated from or attended Iowa State full time for one or more semesters, and died while in military service in a war zone. As names become known, they are added to the wall and the soldiers are remembered in the university's Veterans Day ceremony.

Iowa State has been able to memorialize Maj. Hodson with help and materials from his extended family.

From Eldon to England

Hodson grew up on his parent's farm, a mile south of the Eldon "Y" on Highway 98. He graduated from Agency High School in 1936 and attended Iowa State College for two years. Hodson trained as a navigator in the U.S. Army Air Corps in Texas and at the Pan-American Navigation School in Miami. He advanced to the rank of first lieutenant on June 16, 1941. In December 1941, he was promoted to second lieutenant.

While living in Florida, Hodson met Evelyn Ruth Grant, a business school student. They were married in the summer of 1942 in the Highland Methodist Church. Shortly afterwards, he was sent overseas.

Maj. Hodson was assigned to the 96th Bomb Group, 8th Air Force under Col. Archie Old, commanding officer for the 45th Combat Bombardment Wing (Heavy) based in Snetterton Heath, England. He was the navigator on a B-17 “Flying Fortress.” The first Boeing military aircraft with a flight deck instead of an open cockpit, the B-17 was armed with bombs and 12 machine guns, five of which were .30-caliber guns. This high-altitude airplane was known for its durability, often remaining flight worthy after taking brutal poundings. 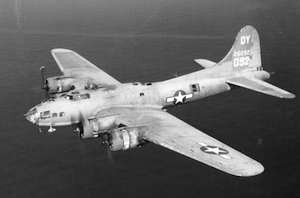 Hodson’s B-17 Flying Fortress crew was assigned to a bombing mission headed to Germany. The British had experienced a major slowdown of its manufacturing of airplanes and military and commercial equipment following a German air assault on a ball bearing factory. Recognizing the impact of this assault, the Allied forces planned a similar air attack on a German ball bearing factory in Schweinfurt, where five factories produced half of the German ball bearing manufacturing capacity. The raid was devised as a daylight precision-bombing raid for “pin-point bombing that targeted the enemy economy and the production of weapons."

Hodson navigated the Fertile Myrtle III, co-piloted by Col. Old. Because the plane was the lead ship for the Third Division, Hodson was responsible for navigating the entire group, getting them safely to and from their target.

On Oct. 14, 1943, 291 B-17 Flying Fortresses, and 60 B-24 Liberators took off for their mission. Just a few days earlier, Hodson had sent his wife Evelyn a telegram telling her how much he loved her and to “keep her chin up,” a phrase he was known for among friends.

Hodson’s B-17 had a range of 1,850 miles, outpacing the range of escort fighters. The British Spitfires and American P-47s and P-38s that accompanied the bombers on missions to Germany had to return to base just after crossing into Germany, leaving the bombers unescorted for up to 400 miles on some longer missions.

Although the 96th endured repeated fighter attacks for 90 minutes on the way to Schweinfurt, Col. Old’s aircraft evaded damage. The Fertile Myrtle moved toward its target unprotected on a dead reckoning course.

The letter later awarding Hodson the Oak Leaf Cluster stated, “On crossing the coast of Germany, the formation was subjected to a persistent savage assault by a large force of enemy fighters. In spite of desperate attempts by the enemy to disrupt the unity of the formation, Hodson skillfully maneuvered the bombers over the assigned target.”

In another letter, the Fertile Myrtle's pilot wrote, “The Fortress experienced little difficulty until it got to Schweinfurt. I have never really seen such intense flak. Going over the target, the bombardier was unable to see the target through the bombsight due to smoke being so thick. A moment later, the bombardier was knocked from the sight by the force of a nearby explosion, but this didn’t prevent him from going back to the sight and dropping his bombs.”

The Fertile Myrtle circled for the return journey and enemy fighters dived in and engaged in a long and relentless battle. Flying over the Rhine, the plane received its most serious blow, an explosion that smashed the Plexiglas nose. Col. Olds was thrown upward and the entire ship shook. Both the No. 1 and No. 2 engines were set afire, smoking heavily.

The damaging flak burst killed Hodson, whose last words were to give the pilot orders on the new course of correction. Hodson was the only crewmember who died. Capt. William Jones, Hodson's assistant lead navigator, though wounded, took over to get the ship back home.

With the loss of two engines, the Fertile Myrtle dropped in altitude from 21,000 to 11,000 feet where it became prey to five German fighters. After downing two and discouraging the remaining three enemy aircraft, the B-17 continued with its two good engines. In spite of fighter opposition, it returned to England.

According to an account by Lt. James Dunlop, the rear tail gunner, 41 Flying Fortresses from the 96th were initially dispatched, 32 made the raid, and seven did not return. Because of the heavy loss of life and equipment, October 14, 1943, became known as “Black Thursday.”

The disastrous “Double Strike” raid on Regensburg and Schweinfurt cost the U.S. Army Air Corps 60 B-17s and 55 aircrews, totaling 552 men. Of these, half became prisoners of war and the Swiss interned 20. Aboard the aircraft that safely returned to base, seven were killed and another 21 wounded. In addition to bombers, the Allies lost three P-47 Thunderbolts and two Spitfires. While Allied aircrews claimed 318 German aircraft, the Luftwaffe reported that only 27 fighters had been lost.

Though Allied losses were severe, they inflicted heavy damage on both the Messerschmitt plants and the ball bearing factories. But Allied leaders reconsidered the feasibility of unescorted, long-range, daylight raids on Germany. They were temporarily suspended after a second raid on Schweinfurt sustained 20 percent casualties.

Among flight crews, Hodson was a popular officer, and his briefings to navigators before missions were very effective. On the morning of the Oct. 14 raid, he was seen checking his equipment thoroughly. Yet he failed to put on his flak suit, a measure that could have saved his life. 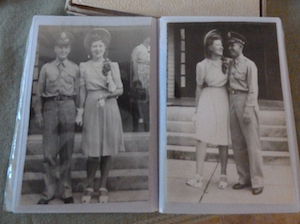 From the family's scrapbook.

"... Bob has been one of the most outstanding officers and gentleman that I have ever known. He was loved by every member of the group because of his ability, which was unsurpassed in the Army Air Force; because of his likable and winsome personality; because of his sincerity and his modesty. He was one of those men that can readily be loved by all other men. In the history of this outfit, there has never been an incident that has had such an effect on every man in the group as Bob's death. ... He has lead this outfit on every one of the toughest missions and it has been said by all that flew with him that he was the best navigator in the Air Force ..."

In life, Hodson was decorated with the Distinguished Flying Cross, awarded for heroism in an aerial flight, for his participation in shuttle raids between England and Africa and the bombing of Regensgurt; and had been awarded the Air Medal with one Oak Leaf Cluster, for meritorious achievement in an aerial flight in the national emergency since Sept. 8, 1939. At his death, he received the Army Silver Star with one Oak Leaf Cluster for gallantry in situations not warranting the Medal of Honor or the Distinguished Service Cross, and the Purple Heart Medal, for those wounded in action against the enemy. 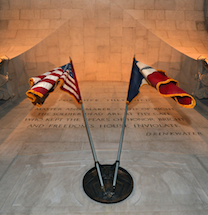