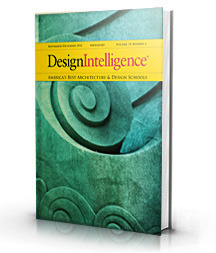 DesignIntelligence is a bimonthly publication for leaders in design professions. The magazine’s annual report, “America’s Best Architecture and Design Schools,” is the only national college ranking survey that focuses exclusively on design. Rankings cover accredited programs in architecture, industrial design, interior design and landscape architecture. Published in the November-December issue of DesignIntelligence, the 14th annual survey was conducted in mid-2013 on behalf of the Design Futures Council.

The DesignIntelligence survey ranks programs from the perspective of leading practitioners. The publication contacted leaders in nearly 700 professional firms and corporations who have direct experience with the hiring and performance of recent graduates. They were asked the following question: In your firm’s hiring experience in the past five years, which schools are best preparing students for success in the profession?

The ISU landscape architecture department has 137 undergraduate majors and 20 faculty.

There are 320 undergraduate majors and 39 faculty in architecture at Iowa State.

Each year, DesignIntelligence honors excellence in education and education administration by naming 30 exemplary professionals in these fields. The 2014 class of education role models includes Lee Cagley, an Iowa State University professor and chair of interior design, and Jason Alread, an associate professor of architecture. The top 30 were selected by the publication’s staff based on extensive input from thousands of design professionals, academic department heads and students. Educators from the disciplines of architecture, industrial design, interior design and landscape architecture are considered for inclusion. 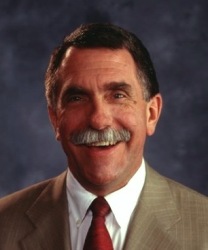 In the citation about Cagley, DesignIntelligence says:

“He is recognized as one of the most inspirational and passionate professors, with an incredible knowledge base and true love of teaching. Cagley divides his time between his own design firm and his courses at Iowa State. His diligence and the success he achieves in both is a true inspiration to all of his students.”

Cagley's Las Vegas firm, Lee Cagley Design, specializes in resort hospitality, gaming, entertainment, restaurant and nightclub design. He has designed interiors for Bally's Resort and Casino, Bellagio Casino Hotel, Mirage, Luxor, Mondrian and Flamingo in Las Vegas, as well as hotels, resorts, nightclubs and casinos throughout the U. S. and in Perth, Australia and Shanghai, China. Cagley's award-winning work has been featured in several magazines, including Hospitality Design, Travel & Leisure, Interior Design, Conde Nast Traveler and Elite Traveler Magazine. He is a registered interior designer in Iowa, Illinois, Alabama, California and Nevada, and has attained LEED accreditation. Cagley has lectured and published extensively about interior design education and practice. He is a 1975 graduate of Iowa State, where he was named the most outstanding student in art and design. 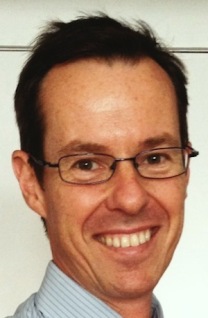 “He is a helpful mentor and excellent role model, as well as a successful educator and lecturer with great abilities to effectively communicate his experience and knowledge to his students.”

Alread has been on the Iowa State faculty since 2002. He is director of graduate studies in the Department of Architecture. His teaching and research focus on the integration of craft and technology in design, material assemblies, design methodologies and critical practice. Alread teaches Advanced Architectural Design, Science and Technology for Architects, and options and service learning studios. With Iowa State architecture faculty Thomas Leslie and Robert Whitehead, Alread co-authored the book, “Design-Tech: An Integrated Approach to Building Science and Technology,” now in its second printing. He also wrote “A Century of Iowa Architecture.” The Association of Collegiate Schools of Architecture has honored Alread with the Creative Achievement Award (2008), New Faculty Teaching Award (2007) and Faculty Design Award (2004).

A professional architect with LEED accreditation, Alread has practiced for more than 22 years. In Des Moines, he was a founding partner of Substance Architecture, which won an International Design Award and Best of Show from the International Interior Design Association; and was an associate in Herbert Lewis Kruse Blunck Architecture, the AIA firm of the year in 2001. His built work has been recognized with more than 27 design awards, including two National AIA Honor Awards. Alread earned the Bachelor of Design- Architecture, from the University of Florida, and the Master of Architecture from Yale University, School of Architecture. 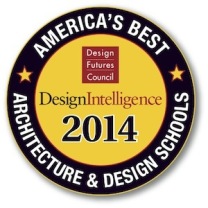 Iowa State University’s undergraduate program in landscape architecture ranked 11th and the undergraduate program in architecture ranked 18th in the nation, according to a new survey of practitioners by DesignIntelligence. In addition, Lee Cagley, chair and professor of interior design, and Jason Alread, associate professor of architecture, were named two of the 30 most admired design educators in the nation for 2014. DesignIntelligence is a bimonthly publication for leaders in design professions and conducts the only national college ranking survey that focuses exclusively on design.

“He is recognized as one of the most inspirational and passionate professors, with an incredible knowledge base and true love of teaching."

“He is a helpful mentor and excellent role model ... "