AMES, Iowa – U.S. banking regulators recently approved rules for a key component of the Dodd-Frank Act more than three years after the law was initially enacted. The Volcker rule prevents banks from making risky investments, such as those that led to the 2008 economic crisis, explained Valentina Salotti, an assistant professor of finance at Iowa State University who studies bank failures and acquisitions.

Salotti is not surprised by the delays surrounding the Volcker rule. The complexity of the law and debate over the new regulations has slowed implementation since President Barack Obama signed the Dodd-Frank Act in 2010.

“There has been some progress,” Salotti said. “To some extent this is just a really difficult matter to solve. There are many potential approaches and they all have a positive and negative aspect.”

Dodd-Frank is intended to regulate Wall Street to protect taxpayers from the fallout of a bank failure, specifically banks considered systematically important or “too big to fail.” While the law limits the power of the Federal Reserve to bail out failing banks, the Fed can take action to prevent future problems.

“There is a provision in the Dodd-Frank Act that allows financial regulators to break up really big banks if they represent a threat to the economy, but have they done that? No,” Salotti said. “Actually, with the crisis, big banks became even bigger through acquisition.”

However, Salotti says there are still strong advocates, such as Federal Reserve Bank of Dallas President Richard Fisher, who believe it is necessary to break up big banks.

One size does not fit all

One of the many criticisms about Dodd-Frank is that it puts small, community banks at a disadvantage, which in turn could hurt small businesses. So far, there is no clear evidence that businesses are hurting as a result, said Rajesh Singh, an associate professor of economics. However, he expects community banks will experience an increase in paperwork because of new requirements to provide information related to equal opportunity in lending.

“Community banks have much better information about the people in the community interested in borrowing money,” Singh said. “In previous cases bankers could use more of their discretion and decide they’re going to lend to one person and not the other, but now they have to be much more careful to comply with the regulations.”

Salotti shares some of the same concerns about the impact Dodd-Frank will have on community banks. By standardizing all the products that financial institutions sell, these banks could suffer.

“The strength of a community bank is really tailoring loans based on specific needs. They are relationship lenders. These lenders base their decision on how good your financial statement looks, but also on the interaction the loan officer has with local businesses,” Salotti said.

“They are able to lend to small business and help out the local community because they know the area and have personal knowledge of the borrower. I’m not sure that Dodd-Frank is going to give the lenders the same flexibility,” she added.

There are elements of Dodd-Frank that could help business, Singh said. Limits on investments means banks will have to refocus and make profits by returning to their core business of extending loans.

“Banks can no longer take deposits and use those deposits for speculative trading. So how do you use those deposits? Start funding good businesses,” Singh said. “Whether those benefits go to GE or GM or an ethanol plant here in Iowa, I’m not sure at this point in time, but refocusing is directed at the core business.”

Will Dodd-Frank prevent another financial crisis and effectively regulate banking activities? Those are questions that both Salotti and Singh say only time can answer. However, the magnitude of the law could be detrimental to its success, Singh said.

“The idea and the spirit of the law are good, but it’s hard to know what the outcome will be,” Singh said. “These are all good ideas, but they are trying to do too much at one time and that’s why there are implementation problems.”

U.S. banking regulators recently approved rules for a key component of the Dodd-Frank Act more than three years after the law was initially enacted. The complexity of the law and debate over the new regulations has slowed implementation since President Barack Obama signed the Dodd-Frank Act in 2010. 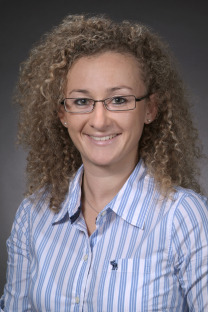 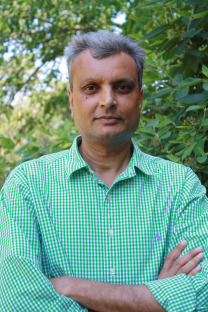