MSNBC's Melissa Harris-Perry will speak on women and leadership at Iowa State Feb. 11

Harris-Perry will present “How Women Lead and the Difference It Makes” at 7 p.m. Tuesday, Feb. 11, in the Memorial Union Great Hall. Her talk is part of the university's Women and Leadership Series, and is free and open to the public.

At Tulane, Harris-Perry directs the Anna Julia Cooper Project on Gender, Race, and Politics in the South. She is the author of "Sister Citizen: Shame, Stereotypes, and Black Women in America" and "Barbershops, Bibles, and BET: Everyday Talk and Black Political Thought." Her work also is published in scholarly journals and edited volumes, and her interests include the study of African-American political thought, black religious ideas and practice, and social and clinical psychology. She previously served on the faculties of the University of Chicago and Princeton University.

Harris-Perry’s presentation is co-sponsored by the departments of Anthropology and Sociology, LAS Miller Lecture Funds, School of Education, University Diversity Committee, Women's and Gender Studies Program, Women's Leadership Consortium, and the Committee on Lectures, which is funded by the Government of the Student Body. More information about ISU lectures is available online at http://www.lectures.iastate.edu, or by calling 515-294-9935. 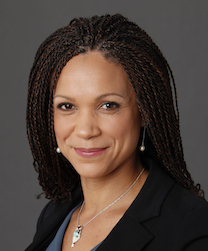 “How Women Lead and the Difference It Makes”