AMES, Iowa -- A leading kinesiologist and epidemiologist who helped develop the nation's physical activity guidelines will speak at Iowa State University this week.

Harold (Bill) Kohl will present "The Global Pandemic of Physical Inactivity: An Urgent Priority for Public Health" at 7 p.m. Thursday, Feb. 27, in the Memorial Union Great Hall. Kohl is the Department of Kinesiology's 2013-14 Pease Family Scholar. His talk is free and open to the public.

Kohl is a professor of epidemiology and kinesiology at the University of Texas School of Public Health. Since 1984, he has worked in the area of physical activity and health, including conducting research, developing and evaluating intervention programs for adults and children, and developing and advising on policy issues.

The Pease Family Scholar program was created in memory of Harvey and Bomell Pease. The endowment was established in 1991 by their son, Dean Pease, and his wife, Sally, to bring visiting scholars to the Iowa State campus. Dean Pease, who died in 1994, chaired the Department of Health and Human Performance from 1987 to 1990.

Kohl's lecture is co-sponsored by the Department of Kinesiology, the Pease Family Scholar-in-Residence and Scholarship, and the Committee on Lectures, which is funded by the Government of the Student Body. More information about ISU lectures is available online at http://www.lectures.iastate.edu, or by calling 515-294-9935. 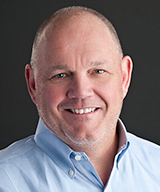 "The Global Pandemic of Physical Inactivity: An Urgent Priority for Public Health"