AMES, Iowa — The crisis manager and former White House deputy press secretary who is the real-life inspiration for the lead in ABC's "Scandal" will speak at Iowa State University. Judy Smith will discuss her experiences that help shape the hit program's storylines about a professional fixer.

"Leading in a Crisis: Real Stories Behind 'Scandal'" will be at 8 p.m. Monday, March 10, in the Memorial Union Great Hall. Her talk is part of the university's Women's Leadership Series. It is free and open to the public.

Smith is co-executive producer of the series, and provides insight and technical expertise on crisis management issues. She is founder and president of Smith & Co., a leading strategic and crisis communications firm with offices in Washington, D.C. and Los Angeles.

During the past 25 years, Smith has brought her communication skills, media savvy, and legal and political insight to clients facing a wide array of issues and challenges. As deputy press secretary for President George H.W. Bush, Smith provided the president and his cabinet with communications advice on a wide range of foreign and domestic issues. As senior vice president of corporate communications at NBC, she was responsible for the network’s strategic global communications strategy.

Smith honed her skills with some of the most historic and sensational events of our time, including the Iran Contra investigation, the prosecution of former Washington, D.C. Mayor Marion Barry, the 1991 Gulf War, the Los Angeles riots, the President Clinton scandal involving Monica Lewinsky, the congressional inquiry of Enron, and the United Nations Foundation and World Health Organization response to the SARS epidemic.

Known for her expertise as a crisis management advisor, Smith has consulted for high profile, celebrity and entertainment clients, including Monica Lewinsky, actor Wesley Snipes, NFL quarterback Michael Vick and the family of Chandra Levy. As a communications advisor, she has counseled several Fortune 500 corporations, including Union Pacific, Nextel, United Healthcare and Wal-Mart.

Prior to founding Smith & Co., Smith was a partner at several Washington, D.C. – based public relations firms. She received a bachelor's degree in public relations from Boston University and graduated from the American University Washington College of Law, where she was the first African-American woman executive editor of the Law Review. Smith is the author of a new book on crisis management, "Good Self, Bad Self: Transforming Your Worst Qualities into Your Biggest Assets."

Smith's talk is co-sponsored by the Black Graduate Student Association, Carrie Chapman Catt Center for Women and Politics, College of Liberal Arts and Sciences, George Gund Lecture Fund, Greenlee School of Journalism and Communication, Multicultural Student Programming Advisory Council, Women's and Gender Studies Program, Women's Leadership Consortium, and the Committee on Lectures, which is funded by the Government of the Student Body. 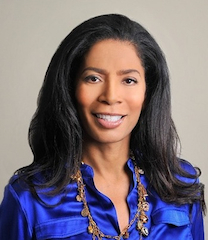 "Leading in a Crisis: Real Stories Behind 'Scandal'"
Judy A. Smith