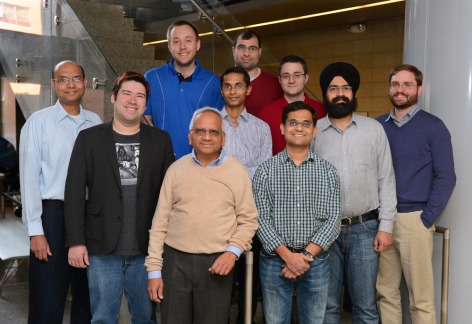 What happens, he asked, if a soldier’s smartphone is hacked for its GPS data? What happens if an attacker drains the battery in a general’s phone and essential communication is cut off? Or, what happens if a hacked phone provides false information during a military mission?

Those attacks on a phone’s confidentiality, availability and integrity can all be done in ways that elude the security measures that we use on our own phones, said Kothari, Iowa State University’s Richardson Professor in Electrical and Computer Engineering and the founder of EnSoft Corp., an Ames-based company that develops tools to manage the complexity of software.

“Catastrophe is all but inevitable if cyber security measures fail to match the sophistication of saboteurs,” Kothari wrote in the summary of a conference paper.

So what can be done to assure the security of U.S. Department of Defense smartphones?

A research team led by Kothari is finding answers in the software behind the apps and the operating system on Android-based smartphones. The project to use computational modeling to detect software sabotage is supported by $4.9 million in grants from the Defense Advanced Research Projects Agency.

Kothari said securing software is a big and growing challenge. America’s F-35 fighter jet, for example, runs with the help of 24 million lines of software code. That has “60 Minutes,” the CBS news show, recently calling the plane a “flying computer,” reporting on delays caused by the jet’s complexity and asking, “Can the U.S. military's new jet fighter be hacked?”

Kothari knows what he’s talking about. He’s been working since the mid-1990s to find better ways to work with software complexity. He started by developing tools that helped researchers move climate modeling software from one supercomputing system to another.

“It’s very difficult for humans to go through millions of lines of code,” he said. “Humans make mistakes. So I had the idea to develop a tool to transform code.”

That software tool transformed a job that took people three years to do by hand into one that took two weeks.

By 2002, Kothari had established EnSoft in the Iowa State University Research Park to develop solutions for complex software problems. The company, for example, developed tools that helped insurance companies update their software, helped Rockwell Collins of Cedar Rapids certify the codes behind flight control systems and helped companies keep track of changes to the diagrams used to design software systems.

EnSoft reports more than 200 companies in 18 countries now use its tools, including major automotive, aerospace and defense companies.

And so, when Raj Aggarwal, the Iowa State College of Engineering’s director of Industrial Research Initiatives and managing director of Advanced Research and Technology, told him the Defense Department was looking for software tools to secure smartphones, Kothari was ready.

“This defense project didn’t happen overnight,” said Kothari, who directed the development of Iowa State’s software engineering program. “We’ve been doing this for years – even when it wasn’t a hot research area. It takes time to develop software and experiment with it. And we have a background of working with real-world software.”

Kothari sees the search for software solutions as a real shift in thinking about cyber security.

“The world has been trying to solve these security issues by watching what goes through a network, finding suspicious things and then stopping them,” he said. “But now we also need to worry about internal threats and software sabotage. There’s a need to analyze software. And that’s what we can do at Iowa State and EnSoft.”

Two years into his 3½-year defense project, Kothari said his group is making good progress: Among the teams awarded smartphone security projects by the defense research agency, the Iowa State team has earned top rankings based on the speed and accuracy of detecting malware in the challenges posed by the research agency.

“At the end, we’ll have a tool that the Defense Department and other government agencies can use,” Kothari said. “And eventually we’ll be able to make a phone security tool commercially available.”

All of that, he said, will help secure the Defense Department’s smartphones from dangerous attacks and saboteurs. 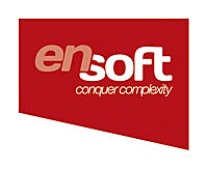 Iowa State's Suraj Kothari is leading researchers from Iowa State and Ames-based EnSoft Corp. who are developing ways to secure smarthphone software for the Defense Department. The researchers' work is supported by grants of $4.9 million from the Defense Advanced Research Projects Agency. Kothari says securing millions of lines of software code is a major challenge.

“Catastrophe is all but inevitable if cyber security measures fail to match the sophistication of saboteurs.”

“Cyber warfare is no longer somebody hacking computers and swiping files. Now software attacks can give people control of missiles, defense systems, nuclear power plants and even smart cars.”

Suraj Kothari, Richardson Professor in Electrical and Computer Engineering and the founder of EnSoft Corp.