AMES, Iowa -- An expert on synthetic aesthetics will discuss boundary-crossing collaborations among engineers, artists, designers and synthetic biologists in a talk at Iowa State University. The emerging field of synthetic biology aims to create new biological parts, devices and systems, ranging from biofuels to medical applications.

Alexandra Daisy Ginsberg will present "Synthetic Aesthetics: Investigating Synthetic Biology's Designs on Nature" at 8 p.m. Wednesday, April 2, in the Memorial Union Great Hall. Her talk is part of the university's National Affairs Series on Innovation and Women in STEM Series. It is free and open to the public.

A designer, artist and writer based in London, Ginsberg is interested in new roles for design in synthetic biology and other emerging fields. Through the design of objects, workshops, and writing and curating, her practice investigates both aesthetic and ethical futures for design.

"As a designer and artist, I'm interested in whether biology can ever truly be designed, and if it can, using design to ask what we should — or shouldn't — be designing with it," Ginsberg has said.

In Metropolis magazine's story on the next wave of burgeoning talent in design (October 2013), Museum of Modern Art senior curator Paola Antonelli wrote, "Daisy Ginsberg represents a new generation of designers who are forging tighter connections between design and science, plotting new biological entities with elegance, wisdom, empathy and responsibility."

As a design fellow for the international research project "Synthetic Aesthetics" at Stanford University and the University of Edinburgh, Ginsberg explored the shared territory of science, engineering, art and design. She is the lead author on the book, "Synthetic Aesthetics: Investigating Synthetic Biology's Designs on Nature," published this month by MIT Press. Ginsberg recently guest edited an issue of the scientific journal Current Opinion in Chemical Biology. And she won the 2011 World Technology Award for Design and received the first London Design Medal for Emerging Talent in 2012.

Ginsberg earned a degree in architecture from Cambridge University, a master's degree in design interactions from the Royal College of Art and spent a year at Harvard University as a Herchel Smith scholar.

Ginsberg's presentation is co-sponsored by the College of Agriculture and Life Sciences, College of Design, College of Engineering, and College of Liberal Arts and Sciences; Department of Industrial Design; Human Computer Interaction Program; National Affairs Series; Office of Biotechnology; and the Committee on Lectures, which is funded by the Government of the Student Body.

More information on ISU lectures is available at www.lectures.iastate.edu, or by calling 515-294-9935. 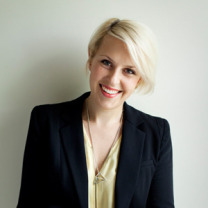