Resistance to Bt corn by western corn rootworm is a growing concern for farmers, according to Iowa State University entomologist 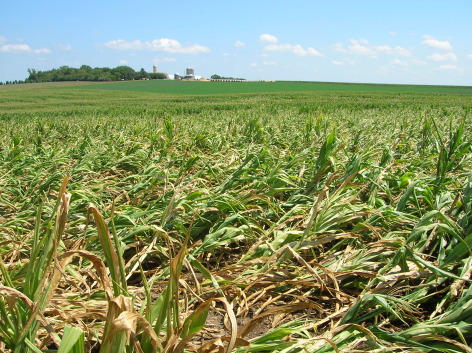 Rootworm damage in an Iowa cornfield. Resistance to Bt corn by the western corn rootworm is a growing concern to U.S. corn producers. Larger image. Photo courtesy of Aaron Gassmann.

AMES, Iowa – A researcher at Iowa State University is urging Iowa farmers to adopt a diverse range of pest management tactics to suppress the resistance of western corn rootworm to Bt corn, a widely used method of keeping a range of pests from ravaging corn crops.

Bt corn derives its name from Bacillus thuringiensis, a bacterium that produces toxins that kill insects. Those toxin-producing genes are genetically engineered into Bt corn, which allows the corn to fight pests such as the rootworm. But starting in 2009, farmers in northeast Iowa began to report rootworm problems despite the use of Bt corn, said Aaron Gassmann, an ISU assistant professor of entomology.

Gassmann, the author of a recently published article in the Proceedings of the National Academy of Science on rootworm resistance, said it’s hard to grasp the full extent of the problem because there has been no systematic random sampling of Iowa cornfields for the resistance. But states like Nebraska, Illinois and Minnesota have confirmed cases of resistance to Bt corn, meaning the issue is of growing concern to American corn producers.

Gassmann said Bt corn has become an important tool for pest management because it has a smaller and more targeted environmental impact than pesticides. It also targets other pests besides rootworm, such as the European corn borer.

“It’s a convenient and safe technology that should remain part of an integrated pest management system,” he said. “But the future of the technology depends on how farmers use it.”

He said planting corn on the same acres season after season – a practice encouraged by high corn prices in recent years – likely accelerated the development of rootworm resistance to Bt corn. Somewhere around three-quarters of U.S. corn is Bt, and, if a rootworm carries the genetic resistance to the toxin, it can spread that gene through reproduction. Crop rotation, however, breaks the lifecycle of rootworms between growing seasons and helps to delay the development of resistance, Gassmann said.

In addition, the use of refuges, or sections of fields in which non-Bt corn is planted, also helps delay the development of Bt resistance. Gassmann also recommended farmers make use of “pyramided” Bt corn, which produces more than one toxin poisonous to pests.

Combining those approaches will result in an integrated approach that slows rootworm resistance and allows farmers to maintain the advantages that Bt corn provides, Gassmann said. 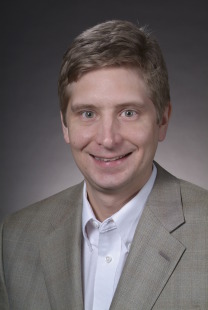 A researcher at Iowa State University is urging Iowa farmers to adopt a diverse range of pest management tactics to suppress the resistance of western corn rootworm to Bt corn. Beginning in 2009, farmers in northeast Iowa began to report rootworm problems despite the use of Bt corn. Similar instances in surrounding states suggest the issue is of growing concern.