This cancellation will impact almost all Veishea-affiliated activities, including the parade, concerts, food vendors, and Veishea Village.  Further information on the cancellation of these activities will be posted on the university website.

Leath’s announcement is in response to the early-morning incident in the Campustown area which resulted in property damage and a serious student injury.

“I’m extremely disappointed and saddened by the conduct exhibited by those involved in the events overnight,” Leath said. “I’m also disheartened that this happened during Veishea week, which is supposed to highlight the best of Iowa State University.”

Leath said every effort is being made to identify those individuals responsible. He was adamant that this type of conduct will not be tolerated. Any student involved in the Campustown incident may face criminal charges as well as student disciplinary action, which could lead to expulsion from the university.

“A safe environment is our No. 1 priority,” Leath added. “Unfortunately, the true purpose of Veishea has been overshadowed by too many acts of this nature, which jeopardize the safety of our students and our community.”

President Leath will appoint a task force to examine the future of Veishea. He said he expects to hear recommendations from the task force and make a decision about future celebrations within the coming months. 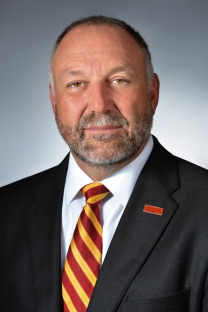