One graduate's whirlwind eight semesters could change the world

AMES, Iowa -- Sometimes even the best and brightest freshmen don't know what they want to do for the rest of their lives.

Seems Premkumar was interested in everything. Particle physics, law, materials engineering, political science, psychology, computer science, international development. He was "gung ho." About all of it.

"I really felt at home at Iowa State, despite not knowing what I wanted to do with the rest of my life," he said.

So how did he figure out what he wanted to do? 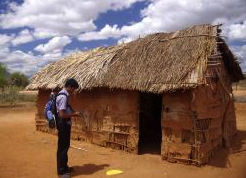 Here's the abridged version: Since freshman year, Premkumar ... worked with University Professor of economics Peter Orazem ("an incredible mentor") on two research projects ... conducted independent research in Tanzania with one of his best friends (fellow Ames High alumnus Dylan Clark) ... presented the research at an international conference in Scotland (as the only undergraduates invited)... conducted field research (by himself) with farmers in Punjab, India ... served on the national steering committee of the Student Global AIDS Campaign ... founded a thriving ISU student organization to advocate for AIDS and global health initiatives ... taught himself elementary Swahili ... earned the National Institutes of Health Protecting Human Subject Research Participants certification ... was inducted into Phi Beta Kappa ... served on the university's Committee on Lectures ... drove the White House Press Corps van in the presidential motorcade when President Obama visited campus in 2012 ...and even made it to a few Cyclone men's basketball games.

"Deepak really has made his adventure," said Dana Schumacher, Honors Program assistant director for scholarship and research. "He got the best of ISU ­— through his own tenacity and his way of making things happen."

In fact, Premkumar never met an opportunity he didn't take. He likes to say, "Eventually, every opportunity leads to an array of new ones."

For example, attending a lecture led to the original research in Tanzania, which led to selection of majors and career path and to the research presentation in Scotland. A conversation with an international development scholar led to his research experience in India.

Because of Premkumar's drive to push the bounds of his Iowa State research, service and learning experiences further than any student before him, even the Honors Program has had to "expand criteria, raise standards and improve practices," Schumacher said.

If truth be told, Premkumar probably always knew what he wanted to do with his life. He just needed compelling opportunities to help him understand how his "different passions, these stray interests" could form his life's narrative.

A father's gift to his son 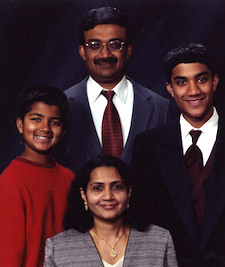 Premkumar's parents emigrated from India. Although he and his older brother grew up as All-American boys in Ames, they frequently visited family in India and learned about the country's rich culture.

On a trip when Premkumar was 10, he and his father spotted three boys about his age stealing mangoes from a tree. Premkumar's father confronted them, asking why they stole the fruit.

"It turns out they had not eaten all day. My dad did something I did not expect: he gave them the mangoes," Premkumar said. “Confused, I asked why. He told me of the great suffering in India; many lack the basics to survive and it is our place to help those less fortunate.

"This memory serves as an eternal lesson," he added.

The impact of tragedies

Premkumar was 17 when he next traveled to India. He volunteered to teach in a HOPE Foundation school for underprivileged children. It was his first trip to India without his father. G. Prem Premkumar had died two years earlier of ALS or "Lou Gehrig's Disease," a progressive neurodegenerative disease. He was Union Pacific Professor of Information Systems in ISU's College of Business at the time of his death.

"My dad gave my brother and me so much, nurturing us, making us care about our studies and fostering our passions," Premkumar said.

Watching their father's health decline aroused both sons' interest in health.  And while his brother chose medical school, Premkumar perceived their father's death "as an injustice in the world."

During that trip to India, he said, "my eyes were opened to a whole world of injustice that I had noticed on previous trips, but that I couldn't truly empathize with until it happened to me."

While volunteering, he had grown attached to his HOPE school students. When one usually diligent student stopped attending class, Premkumar queried the headmistress. 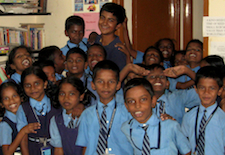 "She told me his mother was dying of AIDS. His father, who had it and would die, had forced the boy out of school to earn money," he said.

"My heart was opened up to the rest of the world's injustices. I didn't feel alone at having been cheated because these injustices are pervasive," Premkumar said.

It all adds up

Even after joining a friend in Ames to lobby for HIV AIDS funding during the 2011 Iowa Straw Poll, and organizing a task force that evolved into the effective ISU Global Health and AIDS Coalition, Premkumar considered his passion for global health issues to be a hobby.

By the second semester of his freshman year at Iowa State, he decided to try his hand at research through the First-Year Honors Mentor Program. He worked with Peter Orazem from economics, even though he knew little about subject.

"I was interested in politics and knew that economics has an integral role in how policy is defined, so I wanted to see if it interested me," he said.

His first project with Orazem, analyzing the fiscal efficacy of the Vision Iowa Fund, cinched the deal. Premkumar was closing in on his first major.

"Peter taught me how economics could be a tool to analyze and create better policies. He really inspired me by showing me the power of economics," he said. "I want to apply this tool to pertinent issues in development."

The village is global

Sophomore year, Premkumar and high school buddy Clark started their Tanzania research, which he considers his greatest adventure at Iowa State. During a lecture, they heard about development work needed in three rural villages.

"The organization didn't have the information to complete effective projects," Premkumar said. "They needed to know specifics — the number of schools, how people got water, where they received healthcare, the endemic diseases, micronutrient deficiencies." 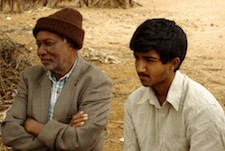 Premkumar and Clark offered do the necessary fieldwork in Tanzania to find the answers. On their own, they found funding, completed a literature review, learned Swahili, passed the human-subject research certification, designed the experiment, planned surveys, led fieldwork and produced the analysis. They spent eight weeks in the villages.

Their unique research method that applied geospatial technology to development and climate change issues gained notice. They were invited to present at an international conference, the only undergraduate researchers amid 1,700 participants.

About this time, Premkumar discovered the global resource systems major in the College of Agriculture and Life Sciences.

"With my Tanzania research, I fell in love with development economics, which is the intersection of global resource systems and economics," he said.

"It was hard to figure out if this passion is a hobby or career. That was always my internal struggle. But I realized I could intermingle global resource systems and economics and pursue a career," Premkumar said.

"I've done quite a bit at ISU. But, like a lot of things, you take an adventure or journey and it's never one you take by yourself. Every opportunity and every accomplishment is really a reflection of the community that has supported you along the way," he said.

"I really felt at home at Iowa State, despite not knowing what I wanted to do with the rest of my life."

"Deepak really has made his adventure. He got the best of ISU ­— through his own tenacity and his way of making things happen."

"It was hard to figure out if this passion is a hobby or career. That was always my internal struggle. But I realized I could intermingle global resource systems and economics and pursue a career." 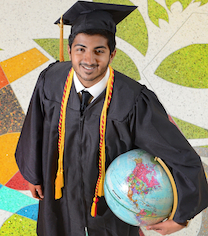 "Eventually, every opportunity leads to an array of new ones."
Loading...