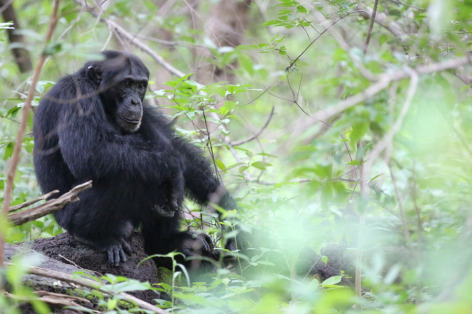 AMES, Iowa – Iowa State University Anthropology Professor Jill Pruetz long suspected that man-made changes influenced the aggressive behavior researchers have observed among chimpanzees. However, her perspective is changing as one of the collaborators of a new study published in Nature that found adaptive strategies better explain the chimp’s aggressive behavior.

Pruetz says few animals, other than humans, show deadly aggression, and the field of primatology has been divided as to what causes this behavior among primates. The study is unique in that it includes data from every research site dedicated to observing chimps and bonobos, including Pruetz’s site in Fongoli, Senegal. The impact of the gold rush in parts of Senegal had contributed to her thinking about human impact.

“You have people coming in disturbing parts of the habitat that are important for chimpanzees. In one village near another research site, the population went from 100 people to around 10,000,” Pruetz said. “When you have a human influx like that the chimps don’t have much choice but to move. If they move into another chimp community’s home range, something is going to happen and not all the chimps are going to survive.”

Researchers analyzed data from 18 chimpanzee communities studied over the course of more than 400 years, which included 152 killings by chimps in 15 communities. From the data, they concluded that the most important predictors of violence were related to the species, the age and sex of the attackers and victims, as well as community membership and demography. Pruetz, who is ISU’s Walvoord Professor in the College of Liberal Arts and Sciences, says the killing of adult chimps can also be an adaptive strategy to indirectly increase reproductive success.

“For example, Ngogo is a huge chimp community in Uganda and they have a huge number of males. What they’ve seen there is more lethal events than any other site. The males of one community are able to increase their home range, and it’s thought that it translates into reproductive success for these males because they have better access to food and more females,” Pruetz said.

The research team looked at human activities that affected food supply, resulted in crowding because of deforestation, or caused disruption from disease or hunting, but did not find a significant impact on aggression. For example, the Ngogo site had abundant food and high forest productivity, but the highest rate of deadly aggression.

Data from the bonobo research sites included just one suspected killing, which further supported the adaptive strategies hypothesis. Researchers wrote, “If chimpanzee violence results from human impacts, then presumably human impacts should induce violent behavior in bonobos as well.” Understanding what factors contribute to aggressive behavior will help Pruetz and other researchers working to protect the endangered species.

The number of chimpanzee killings far outnumbered those by bonobos. However, the rate of deadly violence is still a rare occurrence. Pruetz says the chimps at her research site are not overly aggressive and she has only recently started to see deadly violence. The data collected for the study translates to about one lethal event every five years, Pruetz said. The collaborative effort provided a significant sample size for researchers to conduct a broader analysis that they could not accomplish alone.

Pruetz wants to continue the collaboration to better understand the differences in aggression between West African, which she studies, and East African chimps. While human impact did not account for deadly violence among chimps, significant human disturbance could cause some disruption that leads to lethal aggression, Pruetz said.

“To play the devil’s advocate, from the human impact perspective, you might say that the densities we see today reflect human impact,” Pruetz said. “It’s really hard to account for the way that we have shaped chimpanzee communities in the last 100 years, but we know that chimps have drastically reduced in numbers.”

Pruetz will spend part of the fall semester at her research site, where she will lead an effort to survey the entire chimpanzee population in Senegal. It is a collaborative effort funded by the U.S. Fish and Wildlife Service.

Few animals, other than humans, show deadly aggression, and the field of primatology has been divided as to what causes this behavior among primates. But a new study published in Nature explains what factors are predictors of violence.

In her own words

In this video link, Iowa State Anthropology Professor Jill Pruetz explains how age, species and demographics influence deadly aggression among chimpanzees. She also talks about why it's important to understand this behavior. 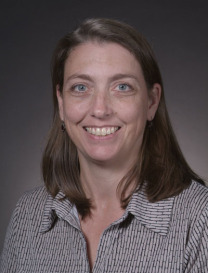