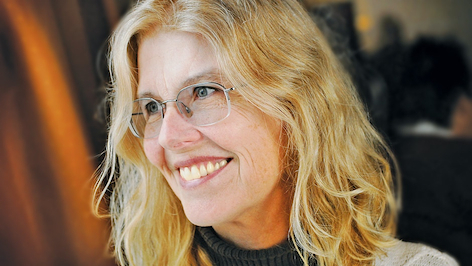 AMES, Iowa -- Jane Smiley, the Pulitzer Prize-winning author of "A Thousand Acres" and former Iowa State University faculty member, returns to her old stomping grounds in Ames to share in a conversation about her work and new novel.

"Writing about Iowa: A Conversation with Jane Smiley" will be at 7 p.m. Monday, Oct. 6, in the Memorial Union Sun Room. Steve Sullivan, local film reviewer and member of the Ames Public Library Friends Foundation, will moderate the discussion. Her talk is free and open to the public. A book signing will follow.

Smiley's new novel, "Some Luck," follows an Iowa farm couple and their five children from post-World War I to the early 1950s and from the Midwest to both coasts. The intimate family saga is the first volume of a planned trilogy that will extend the family's tale well into the 21st century.

Praised as a "diverse and masterly writer" (The New York Times Book Review), Smiley has written about politics, horse training, sex, Hollywood, farming and more.  The Washington Post called her “one of the premier novelists of her generation, possessed of a mastery of the craft and an uncompromising vision that grows more powerful with each book.”

In addition to 12 novels, Smiley has written five works of nonfiction and a series of books for young adults. Two of her novels were made into movies ("A Thousand Acres" and "The Age of Grief," which was developed into "The Secret Lives of Dentists").  Her essays have appeared in several magazines, including The New Yorker, Harper's, Practical Horseman and Vogue.

In 2001, Smiley was inducted into the American Academy of Arts and Letters, and in 2006 she received the PEN USA Lifetime Achievement Award for Literature. She was a professor of English at Iowa State from 1981 to 1996. Smiley earned her MFA and Ph.D. at the University of Iowa.

Smiley's presentation is co-sponsored by the Ames Public Library, College of Liberal Arts and Sciences, Department of English and the Committee on Lectures, which is funded by the Government of the Student Body.

"Writing about Iowa: A Conversation with Jane Smiley" 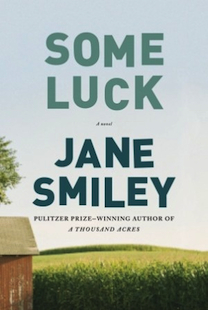