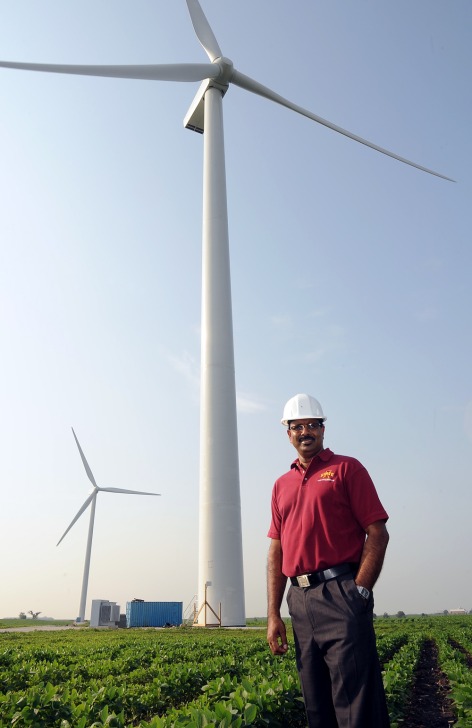 “I think this will revolutionize wind energy,” said Sri Sritharan, Iowa State University’s Wilson Engineering Professor in Civil, Construction and Environmental Engineering and leader of the College of Engineering’s Wind Energy Initiative. “We won’t need to transport these big tubular towers on the highways and we’ll harvest energy where it’s needed.”

And so Sritharan thinks concrete towers can do a lot for the wind energy industry and for the American economy: “If used for the entire height,” he wrote in a project summary, “the Hexcrete concept will eliminate transportation challenges and engage a well-established U.S.-based precast concrete industry in the wind tower business, thereby greatly reducing reliance on foreign steel and increasing the job market in the U.S.”

In addition to the energy department’s 18-month grant, the wind tower project will be supported by a grant of $83,500 from the Iowa Energy Center and $22,500 of in-kind contributions from Lafarge North America Inc. of Calgary, Alberta, Canada. The project’s industry partners also include the Siemens Corporation’s Corporate Technology center in Princeton, N.J.; Coreslab Structures (OMAHA) Inc. of Bellevue, Neb.; and BergerABAM of Federal Way, Wash. 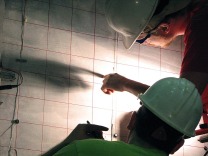 A Department of Energy grant will allow Iowa State University's Sri Sritharan to continue to research and develop taller wind turbine towers made from high-strength concrete. The energy department's grant is designed to improve the manufacturing process for taller towers and support clean energy manufacturing in the United States.

“I think this will revolutionize wind energy. We won’t need to transport these big tubular towers on the highways and we’ll harvest energy where it’s needed.”