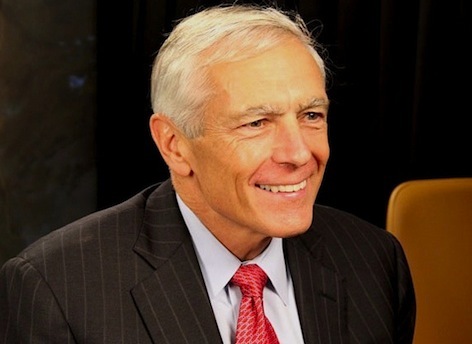 Clark will present "Don't Wait for the Next War" at 8 p.m. Wednesday, Oct. 29, in the Memorial Union Great Hall. Clark's lecture is the keynote for the World Affairs Series at Iowa State. It is free and open to the public.

Clark served in the U.S. Army for 38 years, rising to four-star general and serving as NATO Supreme Allied Commander in Europe, where he led allied forces to victory in the conflict in Kosovo. A respected voice in public affairs and diplomacy, Clark is a senior fellow at UCLA's Burkle Center for International Relations and serves as chairman and CEO of his own strategic consulting firm and as co-chairman of Growth Energy.

In his latest book, “Don’t Wait for the Next War: A Strategy for American Growth and Global Leadership,” Clark presents a compelling argument for a new platform of American global leadership. He says America's leadership has foundered since the end of the Cold War, without being replaced by a strategic vision appropriate for a postwar role. He calls for intricate interdependence between government and the private sector to address a new class of national security challenges — cyber security, financial system vulnerabilities, the rise of China and accelerating climate change. Based on his experience at the highest levels of the military, politics and business, Clark offers a way to tackle these non-military challenges, as long as Americans demand it of their elected leaders.

Clark graduated first in his class at West Point and was a Rhodes Scholar. He served in Vietnam, where he commanded an infantry company in combat and was severely wounded. His many honors and awards include the Defense Distinguished Service Medal, Silver Star, Bronze Star, Purple Heart, honorary knighthoods from the British and Dutch Governments, and the Commander of the Legion Honor from France. Clark is the author of "Winning Modern Wars: Iraq, Terrorism and the American Empire," "Waging Modern War: Bosnia, Kosovo and the Future of Combat," and "A Time to Lead: For Duty, Honor, Country."

Clark's presentation is co-sponsored by the College of Liberal Arts and Sciences, International Studies Program, Department of Political Science, Veterans Center, World Affairs Series and the Committee on Lectures, which is funded by the Government of the Student Body. 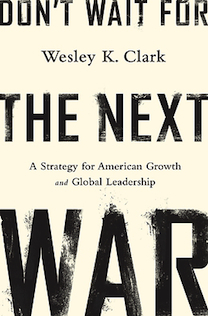 "Don't Wait for the Next War"
Wesley Clark