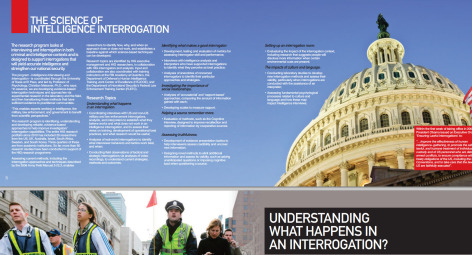 This brochure is a compilation of more than 60 published studies on interrogations. It is designed to help law enforcement officials improve interview techniques.

The team’s mission is to leverage research and theory to improve interrogation practices, said professor Christian Meissner. Civil rights advocates and lawmakers, among others, have criticized investigators for using harsh interrogation tactics. Despite all the criticism, few have offered solutions or proposed changes to how investigators question suspects – until now.

“This research is having an impact. There’s a real need for evidence-based methods at all levels of law enforcement,” Meissner said. “Our objective is to improve the reliability and the amount of information that investigators can collect from subjects or anyone that they interview.”

The research is funded by the High-Value Detainee Interrogation Group or HIG, which includes personnel from the FBI, CIA, and Department of Defense. The HIG was established in 2010 to question terrorism suspects. Now, in the final year of a five-year study, the research team has created an online brochure to share the results of the more than 60 published studies that examine everything from the dynamics of an interrogation, to assessing the truthfulness of a subject, to the impact of culture and language.

The research shows that several of the tried and true methods investigators have used over the years are not always productive or in some cases lead to false confessions. Meissner says many interrogators now recognize that their methods sometimes resulted in false confessions and that change is needed. Researchers have developed new methods that they continue to test in the field, Meissner said, and the information is relevant for law enforcement and intelligence agencies at the federal as well as local level.

“Our aim is to develop methods that are diagnostic, that reduce the likelihood of producing a false confession, but increase the likelihood of eliciting a true statement,” Meissner said. “The methods we’re teaching now focus on letting the subject tell the story, eliciting a narrative and using subtle nudges to encourage the subject to discuss topics they may be uncomfortable talking about, all while developing empathy and rapport with the subject.”

Science with an impact

The research not only focuses on techniques, but also tools investigators can use to determine if a suspect is telling the truth. For example, fidgeting and nervousness, once considered indicators that a suspect is lying, are unreliable, Meissner said. Instead, the research shows that recalling a truthful story from memory produces a narrative that is more coherent, has greater detail, and includes more corrections than false stories. Investigators can better detect lies by asking unanticipated questions that are related to the event or topic or asking subjects to recall their story in reverse chronological order, he added.

Sharing this information with interrogators is the next step for Meissner, who recently returned from the Federal Law Enforcement Training Center in Georgia, where he was part of a team that trained Air Force Office of Special Investigation personnel on the new techniques for suspect interviews. This collaboration with the Air Force will offer Meissner and the HIG an opportunity to field validate the newly developed, science-based methods. Meissner plans to conduct future training sessions and can tailor the information to focus on aspects most relevant to an individual law enforcement agency.

“This research is having an impact. There’s a real need for evidence-based methods at all levels of law enforcement. Our objective is to improve the reliability and the amount of information that investigators can collect from subjects or anyone that they interview.” 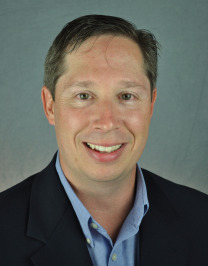