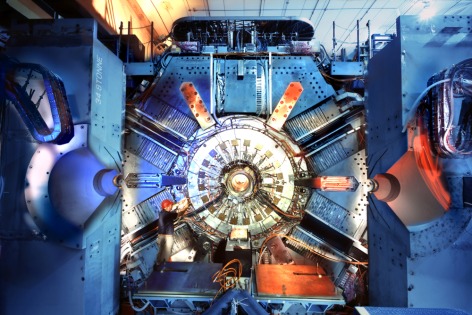 AMES, Iowa – Soeren Prell reached for the bookshelf behind his desk and pulled down a binder thick and heavy with 900 pages documenting the lives and discoveries of two major physics experiments.

That manuscript also represented five years and countless hours of planning, editing, writing, rewriting and collaborating for Prell, a professor of physics and astronomy at Iowa State University and an editor of the new physics epic.

“The Physics of the B Factories” reviews the BaBar and Belle experiments. The competing international collaborations collided electrons and positrons to look for an imbalance of matter and antimatter particles, potentially explaining why the universe is dominated by matter.

Each of the experiments created more than a million subatomic particles called B mesons every day – thus the nickname B factories. Physicists used sophisticated detectors to study the decays of the short-lived particles to look for differences between matter and antimatter.

The two experiments – among many other discoveries – independently confirmed a 1972 explanation of matter-antimatter differences by Makoto Kobayashi and Toshihide Maskawa. The two theorists shared the 2008 Nobel Prize in Physics for their explanation of this broken symmetry.

And now the competing experiments – their histories, their technologies, their discoveries, most of their 800-plus scientific papers – live on in a single book.

“This is a snapshot of where the field is and everything the BaBar and Belle collaborations have done,” Prell said. “One purpose of the book is to be the repository of knowledge for new generations of graduate students and post-docs.”

It was a huge job to write combined biographies of two major, multi-year physics experiments. Prell said it took more than 150 writers and section editors. It also took five editors and hundreds of weekly meetings.

There were some issues and disagreements along the way – one editorial argument was settled with a coin toss – but Prell said physicists from the two experiments were able to work together for the common goal of a comprehensive examination of B physics.

“In the end, the book turned out to be an extremely good example of collaboration between collaborations, between these two former competitors,” he said. “That’s one of the good things that came out of this book.” 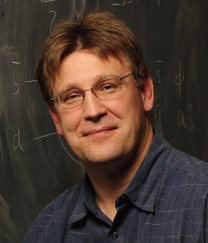 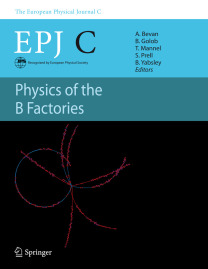 Iowa State's Soeren Prell helped write the new and definitive book on the physics of the BaBar and Bell experiments. "The Physics of the B Factories," all 900 pages of it, is a combined biography of the two major, multi-year physics experiments. Prell was one of five co-editors who worked for five years on the epic.

“This is a snapshot of where the field is and everything the BaBar and Belle collaborations have done. One purpose of the book is to be the repository of knowledge for new generations of graduate students and post-docs.”

Soeren Prell, a professor of physics and astronomy